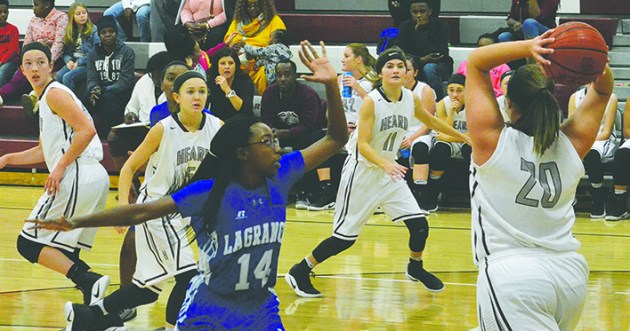 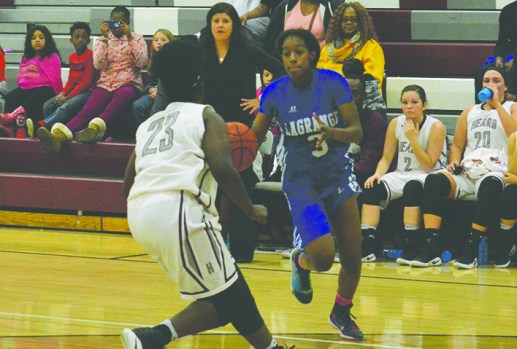 Trailing 18-16 at the break, LaGrange outscored Heard County 27-19 in the second half to get the road win.

Aryan Dozier had a big game for LaGrange with 18 points, and Chnaireia Strozier and Shania Woodard added eight points apiece.

Strozier was clutch in the fourth quarter, scoring six points while making all four of her free-throw attempts.

Heard County was ahead 13-8 after the first quarter, and its lead was down to two points by the half.

LaGrange had a strong third period, outscoring Heard County 14-7 to build a 30-25 lead as the final quarter began.

Heard County hung tough, and it got within two with 1:54 remaining in the game.

The only scoring after that, though, came with Strozier making four consecutive free throws in the final 40 seconds to seal it.

LaGrange will be back at Heard County today to play Mount Pisgah at 3 p.m.