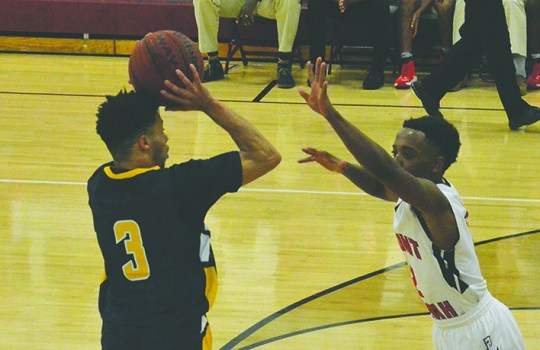 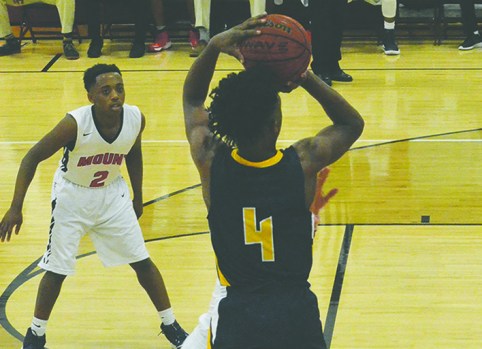 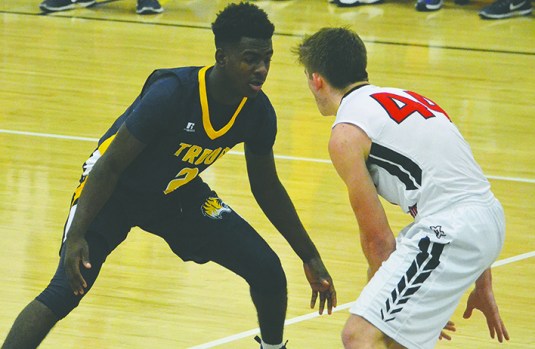 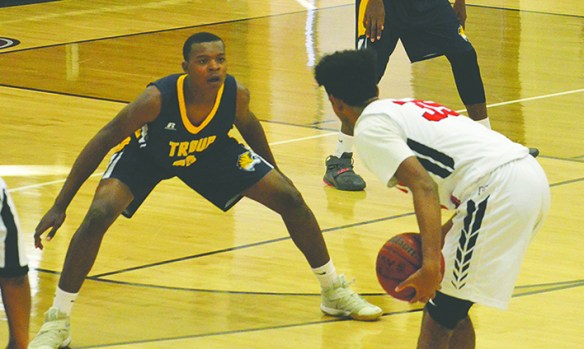 FRANKLIN – In a game that at times looked like it might not end until the new year, it was the Troup Tigers finding a way to overcome Mount Pisgah in a four-overtime thriller.

Troup’s junior point guard, Jarrious Jefferson, made a pair of free throws with three seconds left to lift his team to an 80-78 victory at Heard County.

Mount Pisgah’s Quinn Richey got a half-court shot away at the buzzer that appeared to be on target, but it just missed, allowing Troup to walk away with the hard-earned win.

“I feel like 90 percent of our games have been like this,” Troup head head coach Paul Brewer said. “They’ve been competitive. It’s good to get one. It’s good to just to be able to go home and feel good about it.”

With 30 seconds left, freshman Kobe Hudson came up with a steal to give Troup the ball.

The Tigers ran the clock down, and Jefferson was fouled going to the basket with three seconds remaining, and he knocked down both free-throw attempts to give his team the lead.

Jefferson went to the line more than 20 times, but the attempts at the end were obviously his most important ones of the game, and he showed no signs of nerves as his shots found nothing but net.

“You just stay calm, stay confident, because I take a lot of free throws,” Jefferson said. “You just stay with the same routine. It’s muscle memory.”

Jefferson had a monster day for the Tigers with 32 points, and he was 17-of-22 from the free-throw line.

Jefferson is one of the most experienced players on the team, and he said he tried to set an example for his teammates and just stay composed, no matter what happened.

“It’s very important,” Jefferson said. “You have to stay calm, stay under control.”

The two teams ended up playing what was in essence two extra quarters.

It was tied 52-52 at the close of regulation, and it was still tied 59-59 at the conclusion of the first four-minute overtime period.

Twice in the fourth overtime Troup railed by three points, but it pulled even with 1:19 remaining on a Christen Copeland 3-pointer.

The only other points after that came on Jefferson’s free throws.

Troup, despite facing all sorts of adversity, found a way to prevail.

“It’s very big,” Jefferson said. “It shows we can win, and that we can fight without giving up.”

Troup trailed by as many as 10 points in the second period, but it fought back to get within three at the half.

Jefferson made a 3-pointer with one minute left in the half to make it a 26-23 game, and that was the score at the break.

The second half was tight, with neither team leading by more than five points.

Late in the fourth quarter, the Tigers took a 51-50 lead when McFarland made a 3-pointer, and they were ahead by two following a Jefferson free throw with 24 seconds left.

With nine seconds to play, Mount Pisgah tied it on a basket by Aaron Palmer, and when Troup missed at the buzzer, it was on to overtime.

In the first overtime, Hudson made a 3-pointer to give the Tigers a 58-54 lead with 2:12 to play, but Mount Pisgah rallied to tie it at 59-59 on a basket by Connor Norwood with 40 seconds remaining.

Neither team was able to score, so it was on to a second overtime.

Troup trailed by a point when Jefferson went to the line, and he made one-of-two attempts to deadlock the score at 67-67, and Mount Pisgah missed at the buzzer.

In the third overtime, each team managed just one basket, and Mount Pisgah missed a shot at the buzzer, so it was tied 69-69 as the fourth overtime period began.

Mount Pisgah was on top 78-75 when Christen Copeland knocked down his only 3-pointer of the game to pull his team even with 1:19 to play.

It remained deadlocked until Hudson stole the ball with 30 seconds left, and that led to Jefferson’s clutch free throws.