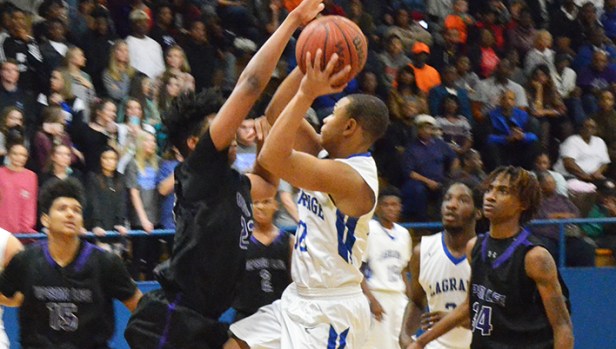 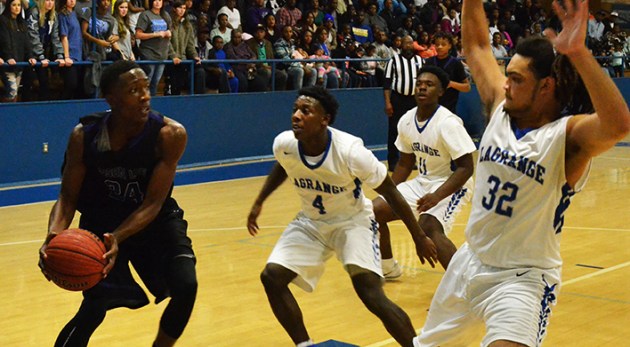 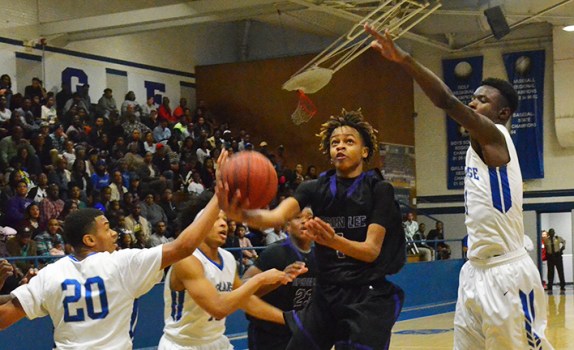 LAGRANGE – Upson-Lee was the class of the field.

The Knights came into the LaGrange Toyota Basketball Classic looking to remain unbeaten and defend their tournament championship, and they achieved both of those goals.

Upson-Lee, behind a 29-point effort from junior guard Tavias Fagan, rolled to a 68-50 over LaGrange in Friday’s championship game.

The Knights surged to a 19-9 lead after the first quarter, and they never looked back to improve to 15-0.

“The goal (for the tournament) was to get better, and to face different competition,” Upson-Lee coach Darrell Lockhart said. “And I think we did get better.”

Lockhart said his team is at its best when it faces the elite teams on the schedule.

“This team, when they know it’s a tough opponent, they step it up,” Lockhart said.

LaGrange (11-2) beat WD Mohammed and Mundy’s Mill in the first two rounds of the tournament, and it carried an eight-game winning streak into Friday’s game.

LaGrange was over-matched against an powerful Upson-Lee squad, though.

“Upson-Lee’s really good,” LaGrange head coach Mark Veal said. “They’ve got guys that can get to the rim, they can shoot the ball. They’ve got a post presence. When you’ve got good guard play and post presence, you can be good.”

Upson-Lee led by 30 points after three quarters, and the fourth period was shortened to six minutes.

“They were physical, and they got the 50-50 balls,” Veal said. “And defensively they made it hard for us to get a good look. And even when we did get a good look, they weren’t falling.”

Zyrice Scott added 16 points for the Knights, and Michael Smith made three 3-pointers and scored 11 points.

For LaGrange, Covan Huzzie came off the bench and scored a team-high 12 points, all in the fourth quarter.

Another player who came off the bench, Bo Russell, added 11 points for the Grangers, and LaPerion Perry and Jarious Freeman had six points apiece.

Perry hit a 3-pointer early in the game to pull the Grangers even at 3-3, but the Knights dominated the remainder of the first period to build a 19-9 lead.

The Knights led by as many as 17 points in the second period, and they were ahead 35-20 at the half.

Any hope the Grangers had of mounting a comeback was dashed in the third quarter, with the Knights surging to a 61-31 lead as the final period began.

Huzzie provided a spark in the fourth quarter and made a pair of 3-pointers, and the Grangers outscored the Knights 19-7 to make the score more respectable.