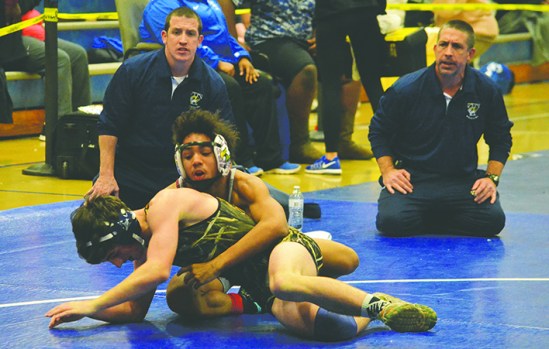 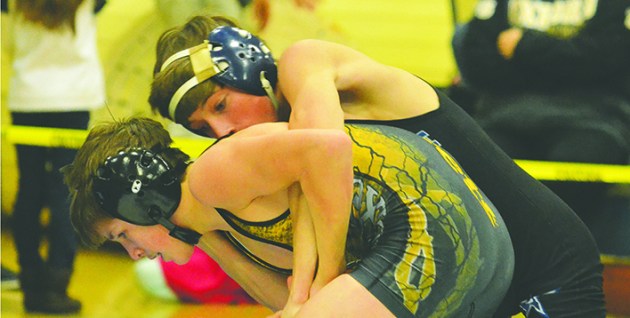 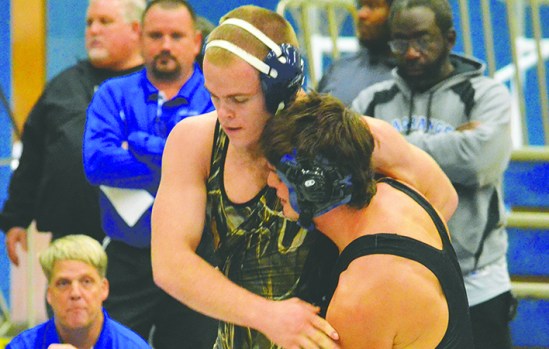 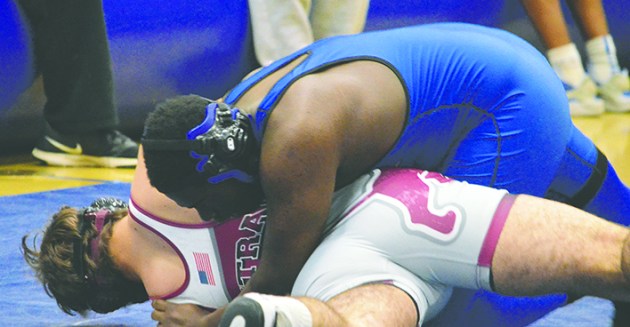 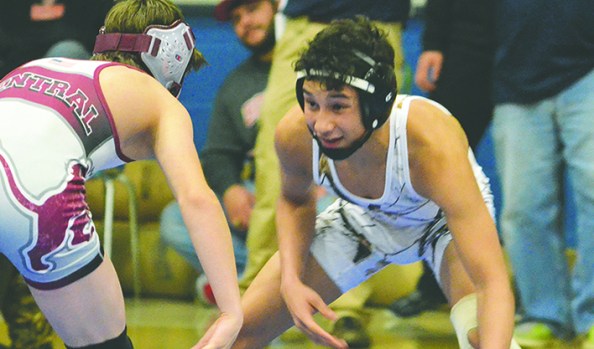 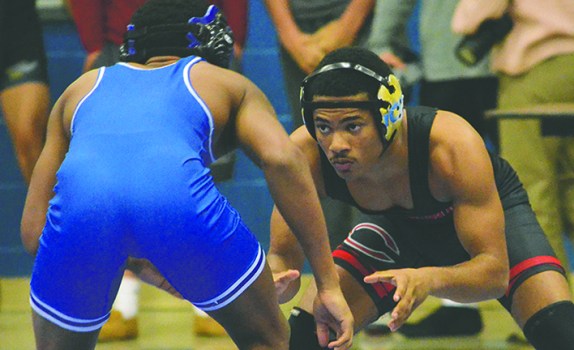 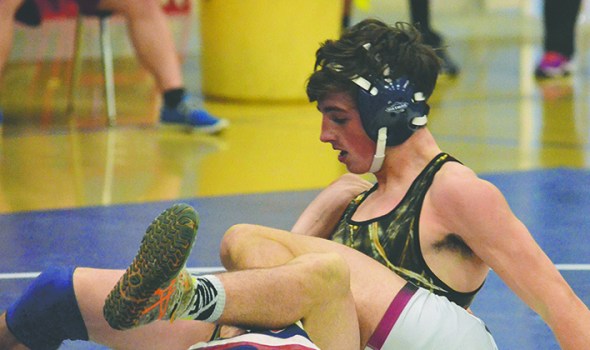 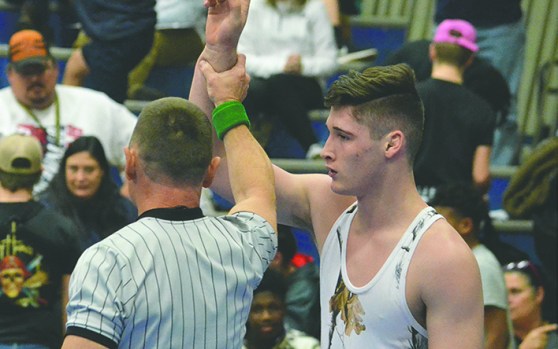 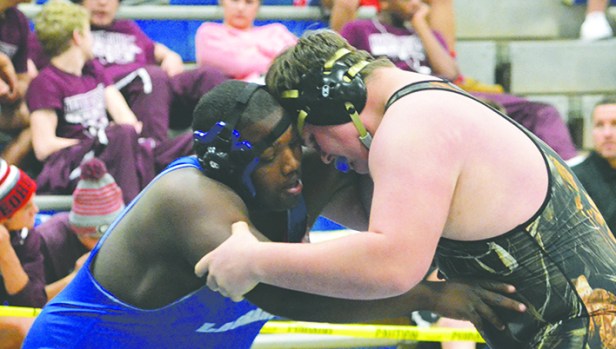 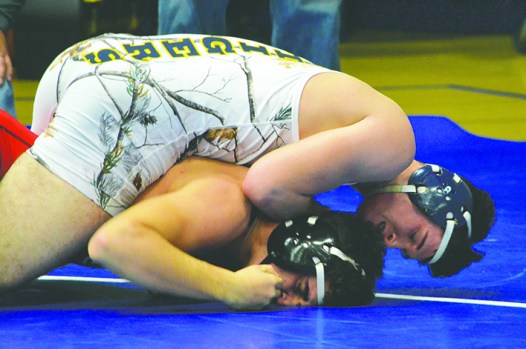 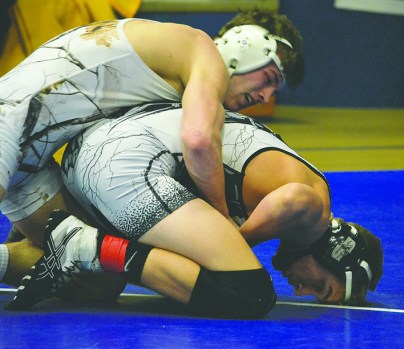 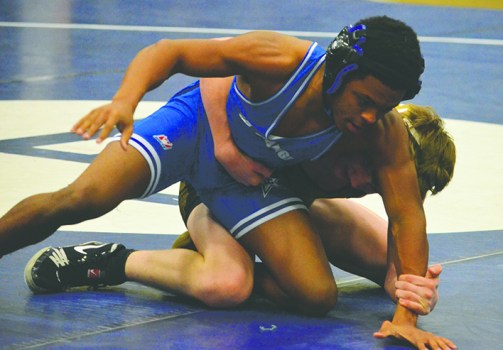 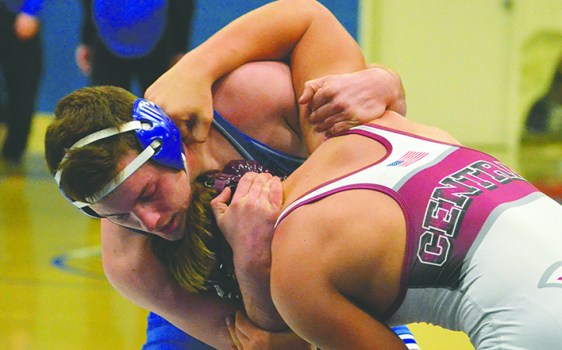 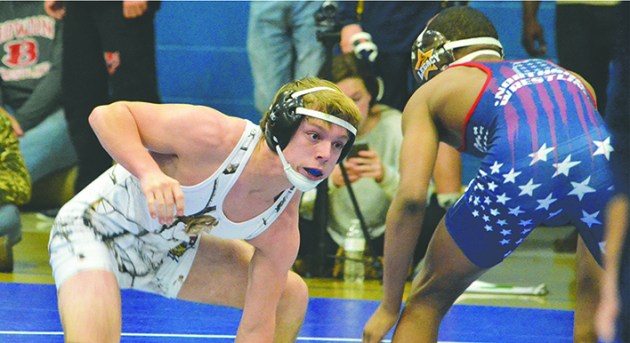 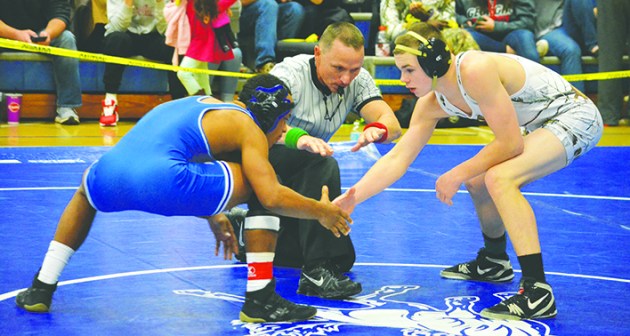 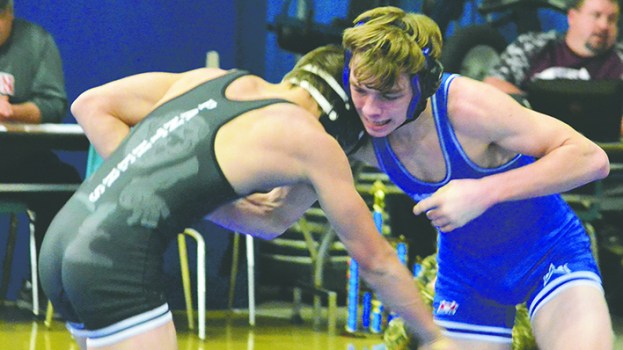 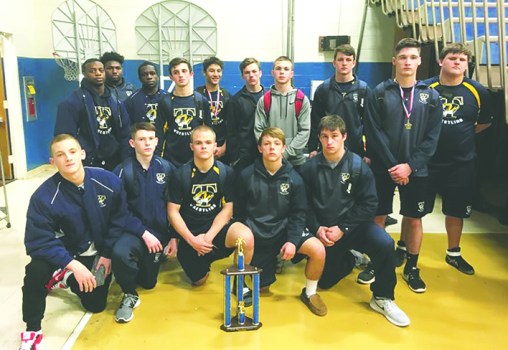 LAGRANGE – During the glory days of the Troup High wrestling program, when the Tigers walked into a gym for a tournament, it was almost a foregone conclusion that they would leave with the championship.

This new version of the Troup wrestling team is looking a lot like those teams of years gone by.

In the Silva tournament, which featured a traditional format where each wrestler had a chance to win a title, Troup finished with 223 points to easily out-distance second-place Oxford, which had 173 points.

Eleven of Troup’s wrestlers finished fourth or higher to place, and it had three individual champions as well as four second-place finishers.

LaGrange had two second-place finishers and seven placers, and Callaway didn’t have any placers.

One of Troup’s individual champions, Darius Hanson, said it’s an all-for-one mentality on the team which helps everyone.

“We are there for each other in every match to keep each other going,” Hanson said. “When you’re on the mat, that is a factor between you winning and losing if the whole team is there for you. They make you feel like you’re going to win your match.”

For LaGrange, John Todd Bohn and Quindon Dunson each finished second, and the team had seven placers.

Here’s a look at each of the weight classes from the Gary Silva Invitational:

Strickland finished with a 2-1 record, and both of his wins came against the other placers.

Strickland beat Oxford’s Chase Hicks in his first match, and he followed that up with a victory over LaGrange’s Lane Oliver before falling to Munsey.

Oliver ended up finishing fourth after losing to Hicks in the third-place match.

113: Troup’s Darius Hanson won all four of his matches to take the championship.

In the final match, it was Hanson beating CJ Shadinger of Central-Carroll 10-5.

In the Chattoochee River Wrestling Association tournament a few weeks ago, it was Shadinger getting the best of Hanson.

“I wrestled him in the semifinals, and he actually beat me,” Hanson said. “After that match, I was really mad. So coming in here and winning, that felt really good.”

Hanson said he used what his coaches have been teaching him to great effect on Saturday.

“I stuck more to my technique,” Hanson said. “Before, I was kind of doing my own thing. I did what my coaches taught me and listened to them, and I went a long way.”

120: Brantly Robinson made it all the way to the championship match before falling to John Jones of Northside-Columbus.

In his second match, Robinson won a four-overtime thriller against Callaway’s Ken Wilson to make it through to the championship round.

Wilson fell to LaGrange’s De’Erious Sands in the next round, and Sands finished fourth after losing to Jacob Chisolm in the third-place match.

126: It was a successful two days for LaGrange’s John Todd Bohn, who made it to the championship match before losing to Tyler Wilson of Smiths Station.

Bohn had a first-round bye, and he beat Oxford’s Jackson Hurst and Troup’s Cade Garner to make it to the final round.

Garner bounced back from his loss to Bohn to win two matches and finish third, and he closed his tournament stay by beating Central-Carroll’s Kyler Huff 16-9.

Garner finished with a 4-1 record.

132: It was a local showdown for the championship, with Troup’s Chase Seals matching up with LaGrange’s Quindon Dunson.

Seals ended up getting the win with a pin with 14 seconds remaining in the second period.

“I was trying to lead, and just stay smart,” Seals said.

138: Troup’s Gavin Wood won his first three matches to reach the championship round before losing to Dillon Luttrell of Smiths Station.

Callaway’s Khaliq Swift won two matches, but a loss to Harris denied him a chance to wrestle for third place.

Callaway’s Jason Freiberg also got a win at 145 pounds.

152: Troup’s Scott Hicks and LaGrange’s Chase Sams faced off in the third-place match, and it was Hicks winning by pin in the second period.

There were no local placers, but LaGrange’s John Arthur did win a pair of matches.

At the Chattahoochee River Wrestling Association tournament, Butts lost to Bowdon’s Dylan Raymond, and those same two men faced off in the championship match on Saturday.

This time it was Butts’ day, and he made it look easy, winning with a pin in the first period.

“He beat me earlier at the CRWA. I’ve just been looking to beat him,” Butts said. “It felt great to pin him in the first period like that.”

Butts wrestled three matches in the Silva tournament and he won them all.

It was also a successful two days for LaGrange’s Dijon Hart, who went 3-1 and placed third.

195: Troup’s Quenton Kersey won his first two matches to reach championship round where he lost to AJ Phillips of Smiths Station.

Kersey outlasted JC Higgins of Central-Carroll 12-8 to make it to the final match.

LaGrange’s Jordan Ragan was eliminated with championship contention with a loss to Phillips, but he bounced back to win his next two matches, and he beat JC Higgins to finish third.

285: Troup’s Colby Harry beat LaGrange’s Richard Gaskin 4-2 to earn the right to wrestle for third place, and he then handled Jacob Purcell of Smiths Station.

Clay Webb of Oxford outlasted William Nanu-Fabu of Columbus 2-1 to take the title.