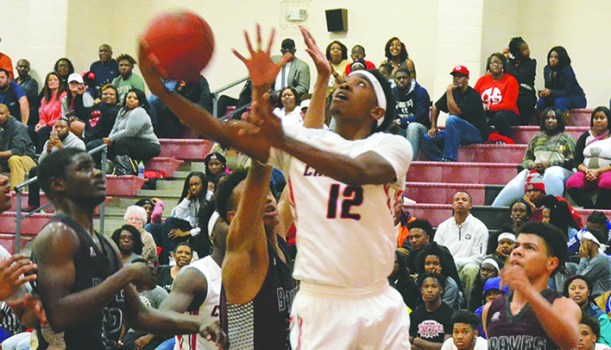 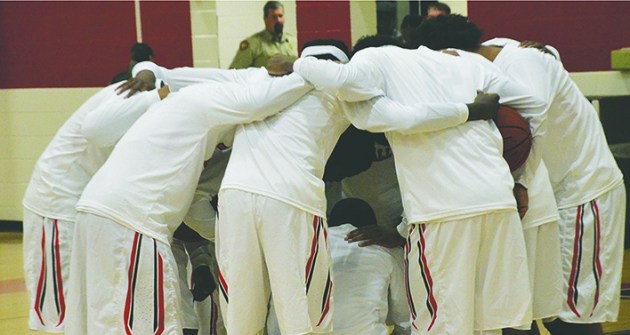 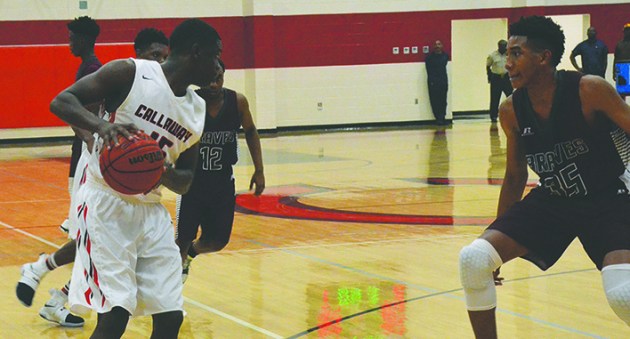 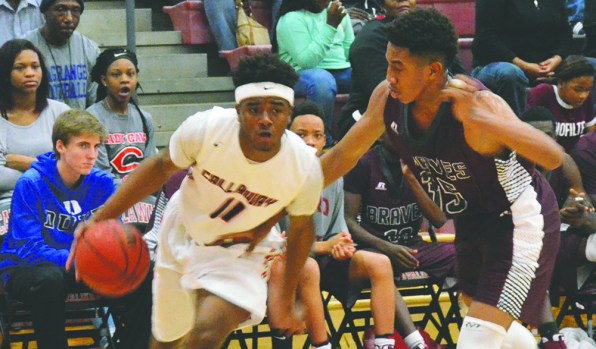 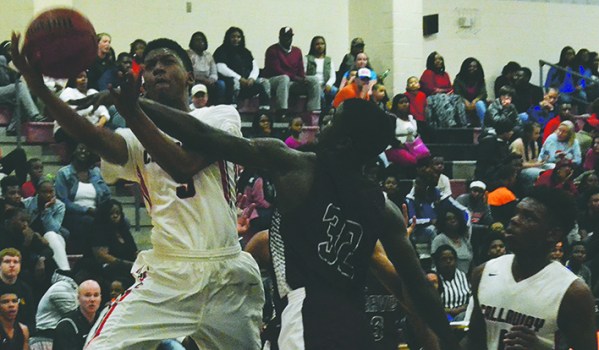 HOGANSVILLE – Holding a 14-point lead late in the third period, the Callaway Cavaliers appeared to be in good shape as they looked to chase down a win in their region opener.

The visiting Heard County Braves had other ideas, though.

The Braves, who are in the midst of a breakthrough season under new head coach Keith Simmons, got a 3-pointer from Alijah Huzzie to get within eight as the third quarter ended, and they continued the comeback in the fourth period on the way to a 58-57 victory.

It was the Region 5-AA opener for both teams.

It was the first of two regular-season meetings between the two teams, and they could possibly play again once tournament time arrives.

“We’ve still got to play them one more time, and possibly twice, and maybe three times if you count state,” Simmons said. “You never know. We’re just glad to get out of here with a victory. The boys played hard. I’m happy for them.”

Callaway head coach Terry Hayes, whose team is looking to chase down a fifth consecutive region title, said some carelessness with the ball in the fourth quarter was the difference.

“We had too many turnovers,” Hayes said. “They were unforced. We’d dribble off the leg, or just lose the ball off the dribble. That’s how you give away a game. You beat yourself. We should have won.”

The Cavaliers had their chances.

“It shouldn’t have come down to that,” Hayes said.

For Heard County, Huzzie made five 3-pointers and scored 16 points, and senior post player Jordarius Foster had 14 points, all in the fourth quarter.

The game was tied 14-14 after the first period, and the Cavaliers surged to a 28-24 lead at the break, with Smith scoring seven points in the second quarter to help his team surge ahead.

The Cavaliers appeared to take control of the game in the third period.

The lead was still 11 when Huzzie, the sharp-shooting sophomore, drained a 3-pointer at the third-quarter buzzer to make it an eight-point game.

The Braves continued to chip away at the deficit in the fourth period, and they took a 50-49 lead before Sanders hit a jumper with 2:50 to play to put the Cavaliers back up by one.

After Foster scored off of an offensive rebound to put the Braves ahead, it was Kobe Jackson knocking down a jumper with 1:50 to play to give the Cavaliers a 53-52 lead.

The Braves tied it on a free throw and took a 56-53 lead on another 3-pointer by Huzzie.

With 58 seconds left, Foster scored again to put the Braves ahead by two.

Sanders made a free throw with 22 seconds left to get the Cavaliers within one, and they got the ball back following a Braves’ turnover, but they were unable to turn that break into points.

Callaway will be on the road against Lamar County on Friday for a region game.