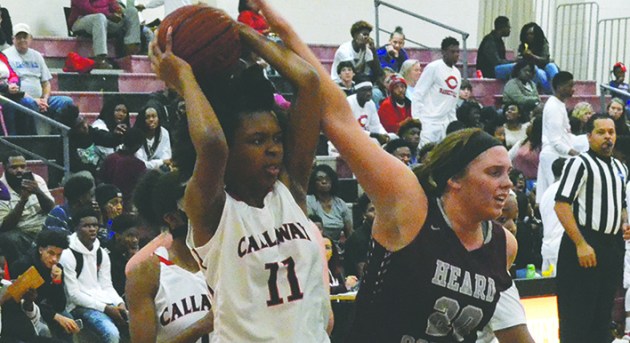 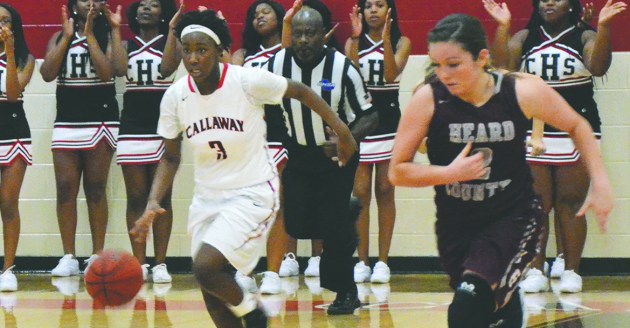 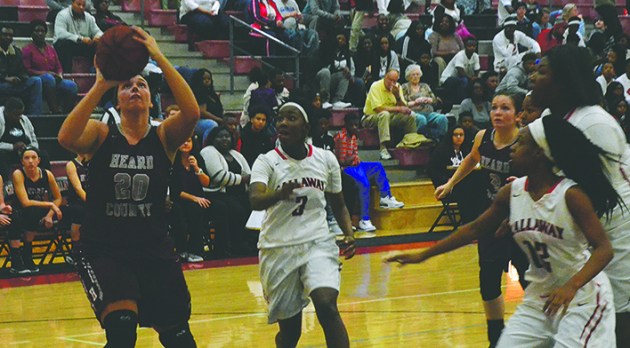 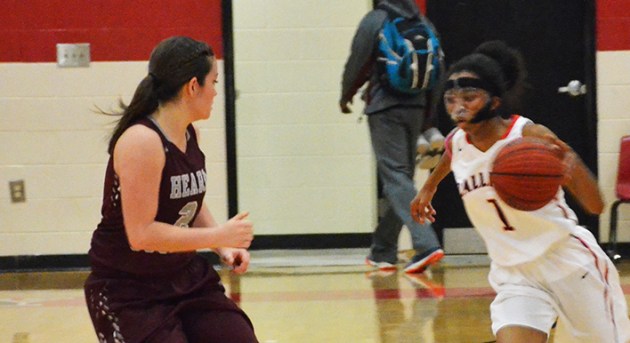 HOGANSVILLE – It was there for the taking.

The Callaway Lady Cavaliers took Heard County to the limit on Tuesday evening as they looked to get their Region 5-AA schedule off to a winning start.

When KiKi Owens scored with 90 seconds to play, Callaway had a 39-37 lead, but it was Heard County scoring the game’s final six points on the way to a 43-39 victory.

The Lady Cavaliers (0-8) did a lot of nice things as they looked for their first win of the season, but it wasn’t meant to be.

“We’ll just keep building,” Callaway coach Deyano Martin said. “A few things didn’t go our way. A shot here or there, and we could have won. A couple of shots went down, and came back out. But we’ve just got to keep working. The basketball gods aren’t with us right now, but it’ll change. You just keep working hard.”

Qua Beasley made three 3-pointers and led Callaway with 13 points, KiKi Owens added 12 points, and China Eldridge made a pair of shots from long distance and scored six points.

It was tight the whole way, with neither team able to seize control.

Heard County led 9-8 after the first period, and Callaway surged to a 19-18 lead at the break when Owens made a layup with three seconds left.

Heard County led by as many as five points in the third period, but Callaway rallied, and it was tied 30-30 heading to the final quarter.

Beasley spurred the comeback by making a pair of 3-pointers in the final two minutes of the third period, and it was KeKe Talley making a jumper with six seconds left to tie it.

It remained tight in the fourth period, with neither team leading by more than two points until Sage Kelley made a pair of free throws with three seconds to play.

Twice in the fourth period Callaway had the lead.

Heard County tied it on a Kimberly Harris basket with 1:10 remaining, and it remained deadlocked until Alley Harris made two free throws with 23 seconds left.

After an unsuccessful 3-point attempt that would have given Callaway the lead with 10 seconds left, Kelley sealed it with her two free throws with three seconds left.

Callaway will look to even its region record when it visits Lamar County on Friday.