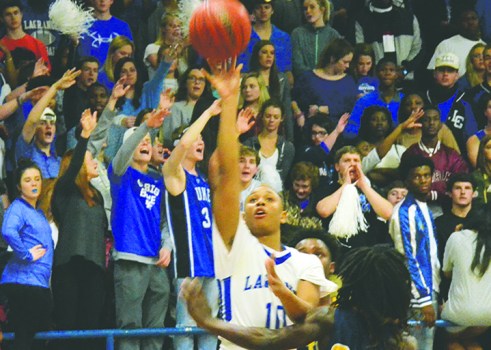 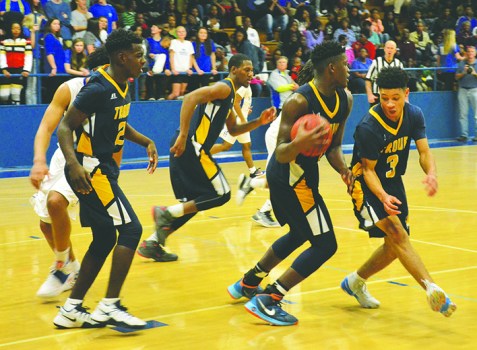 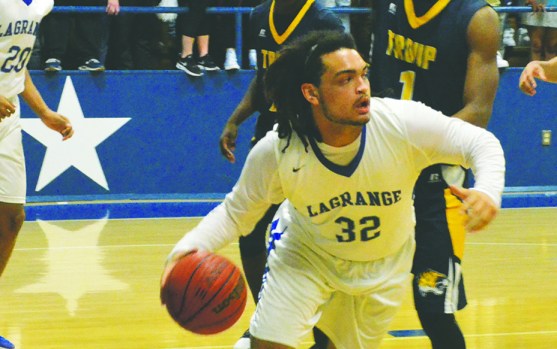 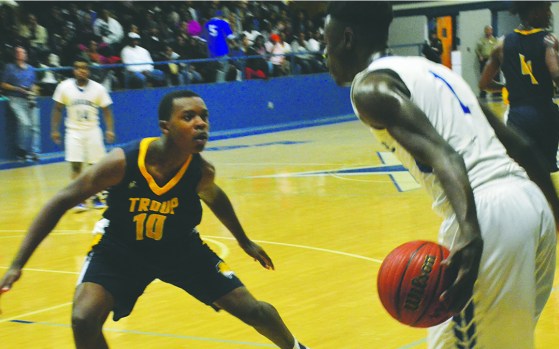 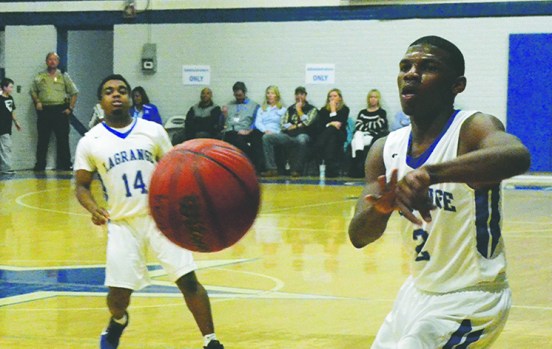 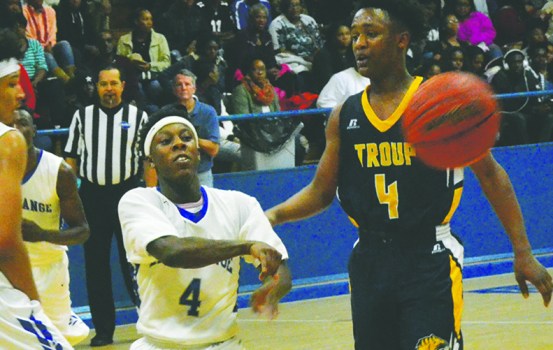 LAGRANGE – It was a slow start, but a blistering finish for the LaGrange Grangers.

Facing the rival Troup Tigers, the Grangers were down by five points late in the first quarter, but they fought back to take a nine-point lead by the half, and they pulled away in the final two quarters to secure a 64-47 victory.

Once the Grangers took control, they never let up, and head coach Mark Veal was pleased to see that.

While the Grangers have an outstanding record, they have struggled at times to hang onto big leads, but that clearly wasn’t an issue against the Tigers.

“I’m proud for the guys,” Veal said. “Usually we lose leads, and let the lead dwindle down, because we don’t come back mentally prepared. Tonight, I was proud of what they showed.”

Senior guard LaPerion Perry made four 3-pointers and paced the Grangers with 21 points, and Bo Russell  provided a spark off the bench with 10 points.

For Troup, junior guard Jarrious Jefferson led the way with 18 points, and no one else had more than seven points.

The Grangers were down by five when Perry made a 3-pointer to cut the Tigers’ lead to 14-12 as the first quarter ended.

The Grangers took over in the second quarter, outscoring the Tigers 19-8 to build a 31-22 lead at the break.

The Grangers had the momentum heading to the half, and they didn’t let up after returning from the 10-minute break.

The third quarter was the Grangers most productive one from an offensive standpoint, and they outscored the Tigers 23-13 to seize a 54-35 lead.

“The challenge after halftime was that the first five possessions were very important to help separate the game,” Veal said. “And luckily we were able to defend on the other end.”

Perry said the idea was to come out in the third quarter and “make a statement.”

“We came out after halftime and set a goal (to put the game away), and we met our goal,” Perry said.

Russell made two 3-pointers and scored eight points in the third quarter, and six different players scored during the period.

Senior post player Kenan Gray put an exclamation point on the third-quarter performance when he had a follow-up dunk with 15 seconds left to give the Grangers a 21-point lead.

The Grangers have won three straight games, and 11 of 12 overall.

Troup and LaGrange will both get back to work on Friday for region games.

LaGrange will host Sandy Creek, while Troup will visit Cedartown.