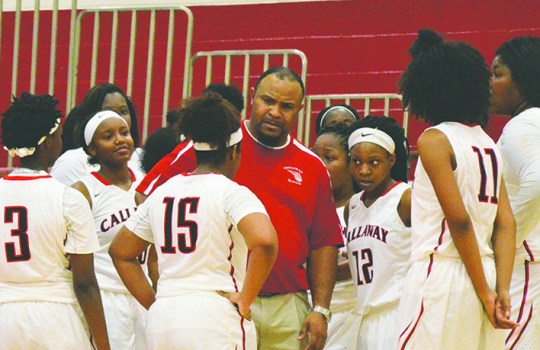 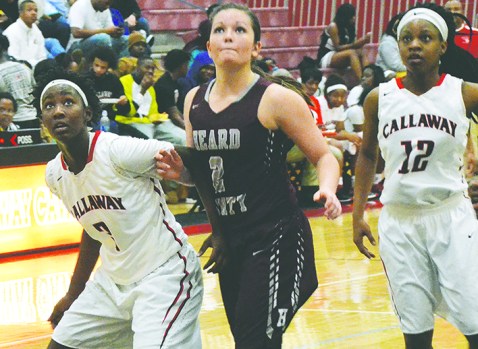 MACON – It was a state heart-breaker for the Troup High wrestling team.

After overwhelming Perry 67-4 in the opening round of the Class AAAA state duals on Thursday afternoon, Troup squared off with Luella in the second round with a berth in the final four on the line.

It was a tight match, and both teams had an opportunity to win, but it was Luella escaping with a 31-30 victory to advance to the semifinals.

LaGrange also went 1-1 on the first day of the Class AAAA state duals.

After losing a close one before losing 55-47.

Against a Heard County team that is one of the favorites to win the region, Callaway was right there once again before losing 43-39.

There was no suspense in Tuesday’s game.

The Lady Cavaliers were ahead 15-7 after the first quarter, and they were up 34-12 at the half.

Two of Callaway’s post players, Chyna Cameron and Haley Holliday, led the way in scoring with 14 and 12 points, respectively, and 11 total players entered the scoring column.

It was an overwhelming and complete performance, and the players were glad to be on the right end of the scoreboard for the first time.

“It felt good,” Callaway senior guard KiKi Owens said. “That showed us that we’ve got the talent to win.”

Sophomore Qua Beasley, who was limited to three points against Jordan but has been an explosive offensive player, said it’s important to build on the win moving forward.

“You just have to stay consistent,” Beasley said. “Once you get a win, you can’t get the big head.”

While Martin was disappointed to see his team come up short in its first eight games, he knew it could be a struggle early on.

While Callaway does have some veterans, including Owens, Cameron and senior guard KeKe Talley, it’s an inexperienced team, and the non-region schedule was a difficult one.

Among Callaway’s opponents was Greenville, as well as LaGrange and Troup that are both veteran ballclubs.

One of the bright spots throughout the season has been Beasley, who has been the team’s breakout player.

She has led the Lady Cavaliers in scoring on a handful of occasions, and her enthusiasm and ability to score points in bunches has consistently provided a lift.

“My teammates, they feed off me when I start doing that,” Beasley said.

KiKi Owens and KeKe Talley have also been bright spots for the Lady Cavaliers, and Cameron has at times been a dominant post player and is coming off one of her best games of the season.

“She played really well the last game,” Martin said of Cameron. “She has to be consistent.”

Beasley said while the losses mounted, everyone was striving to get better.

“We just had to keep pushing,” Beasley said. “You can’t give up. You can’t let it keep us from getting where we want to go.”

Owens said the attitude among the players was to “keep learning, keep getting better.”

Callaway will look to make it two in a row when it hosts region foe Spencer today, and it will be on the road against Greenville on Saturday for a non-region game.