Nothing could stop Harriett and Charlie 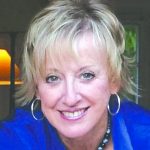 Mike is my cousin. We grew up together in Tennessee and shared our memories with eight other cousins who would gather in the hills for picnics, watermelon feasts, fishing and games with our wonderful grandparents.

Mike and I were like two peas in a pod. He was quiet and reserved like my mother.  I was loud and extroverted like his mother. It was a joke in our family that perhaps God got a little confused during our production process.

Before Mike left for college he fell in love with a young girl named Harriett. I always thought I would marry Mike, until the age of seven when my grandmother told me that could not happen.

When I met Harriett, I understood how Mike fell for this fair haired, happy, helpful, wonderful girl. I liked her immediately.

They married after she finished high school and were expecting their first baby in 1965. The first great grandchild in our family. Right before the birth of their son, our grandfather passed away and the family felt an enormous, sudden void.

Nine months pregnant, still in her teens, Harriett was standing in my grandmother’s kitchen, cleaning, conversing and holding on to all of us.

When the doctors came in the hospital room to tell them that Mikey had Down Syndrome, Harriett wasn’t even sure what that meant. She would soon learn that Mikey would have limitations and some physical issues that might shorten his life.

If Harriett ever got depressed over Mikey, I never saw it. Harriett knew she was never going to believe her son would have all the limitations the doctors warned her about.

At one time, we all lived in the same town in Georgia. Harriett and Mike were blessed with another boy, Nathan.

By then Mikey was about three years ahead of the doctor’s predictions because Harriett made it so. Her determination and will pushed and taught her son skills that astonished us all.

When they moved back to Tennessee, Harriett earned her degree while raising two sons. She wasn’t happy with the state of care for a disabled child, so she started the nonprofit Michael Dunn Center in Kingston, Tenn.

I was having trouble getting all the clothes folded, while Harriett was starting a school, working a job, raising two children, attending meetings, finishing college and changing the world.

Eventually, Harriett and Mike’s marriage failed, but Harriett remained an ever-present part of our family. The Michael Dunn Center is still going strong in Kingston and has helped countless families and disabled children since 1971.

Mikey Dunn is now 51 years old, married, and works every day. He has been in the Special Olympics and is a productive member of society and is loved immensely by his family.

Charles Boswell was born in Alabama in 1916. He played football for the University of Alabama and baseball for the Atlanta Crackers before becoming an Army Officer during World War II.

He was sent to Germany and during a battle, he rushed to pull a wounded American soldier from a burning Sherman tank. The tank exploded in Boswell’s face, throwing him clear of the vehicle but leaving him permanently blind.

His athletic days were over.

Well, that is what you would think, but not for a man like Charlie Boswell.

In the early 70’s I was back in college in Birmingham, Ala. I also worked as the lady golf assistant for a country club in a Birmingham suburb.

It was a beautiful club whose members included Joe Namath and Bart Starr. We employed four full-time professional golfers and there was always something astir and fun going on in the pro shop.

One afternoon, a gentleman strolled in with a friend.

I walked to the kiosk where a variety of shirts hung and asked what type he liked.

“Well, honey, I need a large and I like blue!” he jovially said.

“Do you like this one or this one?” I questioned as I held up two shirts, one in each hand.

He responded, “The one on the left. No, maybe the right one. “

At that point, I started looking at the guys in the shop snickering and shaking their heads.

I must have thought they had a private joke going on.  They usually did, so that wasn’t a stretch.

After several minutes of showing this nice gentleman my favorite shirts, I finally asked him which one he really liked.

With that, the whole shop burst into laughter.

I knew I had been set up.

The customer was Charlie Boswell. After he returned from the war, he became a championship golfer. Along with his assistant and caddy, he won 16 national championships, had three holes in one, and became golfing buddies with Bob Hope and Bing Crosby who helped him raise money for his many charities.

He gave back by becoming President of the United States Blind Golfers Association, broke numerous records, wrote a memoir called, “Now I See,” and is in the Alabama Sports Hall of Fame.

When he died in 1995 his inspirational life left a legacy far beyond the fairway.

What is it that within some folks, like Harriett and Charlie, tragedy becomes triumph? What causes some to become heroes and others to fade into defeat? Does a special spirit thrive in these individuals?

Perhaps in the scope of history and how Charlie and Harriett affected others, we can all learn how to live a life that will never stumble and stands tall in the face of adversity.

They blamed no one or God for what happened to them. Instead they honor us all and God with their inspiring lives that nothing could stop.

Maybe we all need to “see” like Harriett and Charlie.

Letter: I will miss Obama