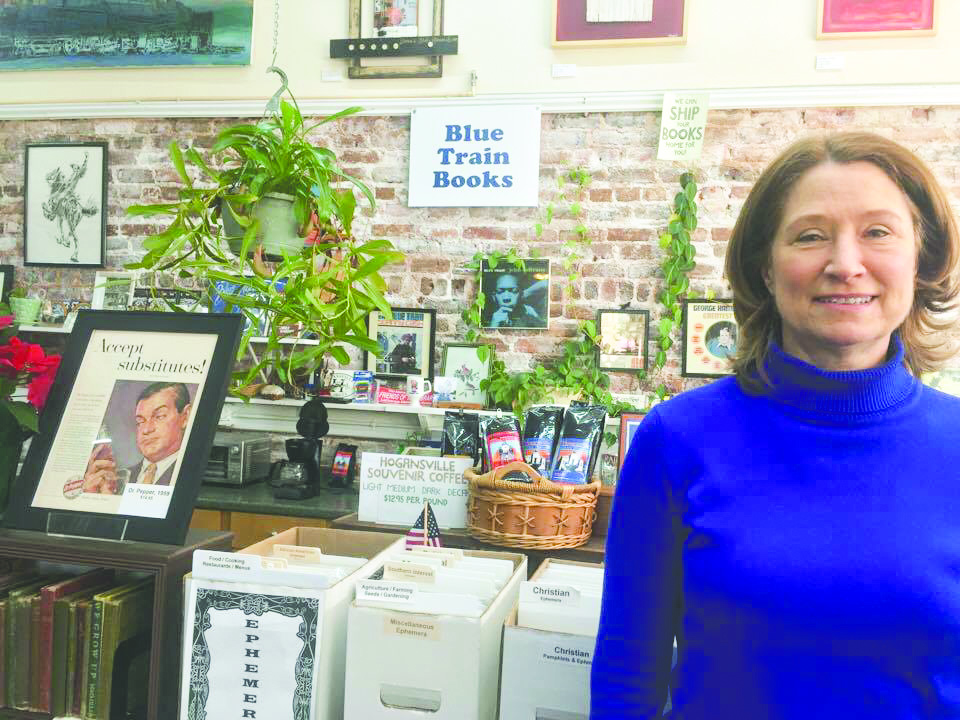 HOGANSVILLE – The used bookstore that just marked its five-year anniversary in this city has been a labor of love for its owners.

Gayle Devereaux and her husband Dan Read purchased the store from its former owner, former Hogansville Councilman Jack Leidner. They changed the name to Blue Train Books, in honor of Read’s favorite album by John Coltrane.

A copy of the album hangs on the store wall.

“It’s always been Dan’s favorite album and we have the proximity to the railroad tracks here,” Devereaux said.

The shop offers used books in all categories with shelves from floor to ceiling, as well as some new books from regional authors and ephemera.

Ephemera is basically vintage paper such as old maps, advertisements and copies of the Saturday Evening Post people enjoy browsing through.

“We also have some records and CDs, but not a lot,” Devereaux said.

The store gets its inventory mainly from its customers. People bring in used books and get store credit for discounts on other books in the store. Read and Devereaux also buy books at auctions and library sales.

The shop is known for being clean and organized and Devereaux said that’s so customers can easily find what they want.

“We don’t have a computer set up to search the inventory,” she said. “If someone comes in, we have to look for it.”

Along with the books and coffee, the shop hosts book signings with authors.

“Dan is a book collector from way back,” Devereaux said. “When we moved here, we thought it was awesome Hogansville had a used bookstore. When Jack was ready to leave it seemed natural to take it over.”

Devereaux calls owning the shop, which is inside the building with William and Mary’s Antiques on Main Street, a labor of love.

“It’s more of a community service than anything,” she said.

The store is open Monday through Saturday from 10 a.m. to 5 p.m. and has a website, BlueTrainBooks.com