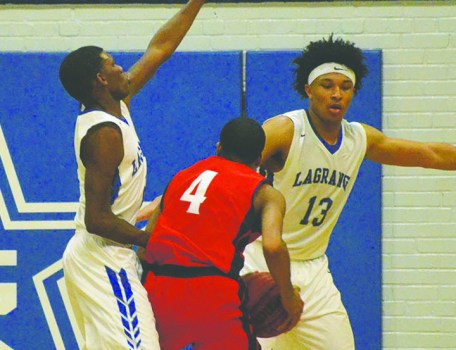 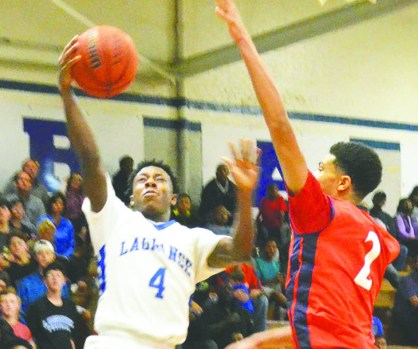 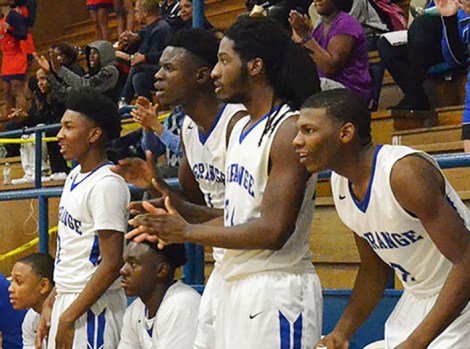 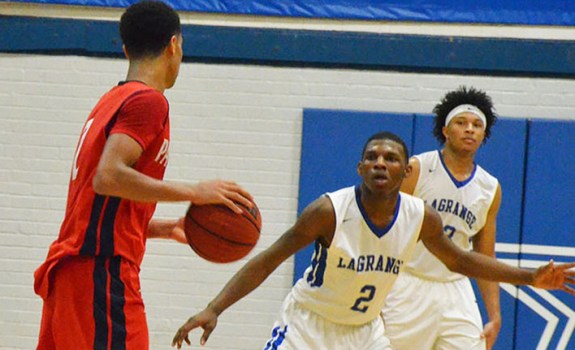 LAGRANGE – The LaGrange Grangers built a sizeable halftime lead, and then held off the hard-charging Sandy Creek Patriots to secure a big 68-64 home win on Friday night.

The Patriots, after falling behind by 20 at the half, got as close as three points in the fourth quarter, but the Grangers kept their poise and came through with some solid play down the stretch to get the Region 5-AAAA win.

The Grangers (15-3 overall) maintained their position atop the region standings with a 4-0 record, while the Patriots (9-5) fell to 1-1 in the region.

It was a key win not just because it was a region showdown, but because it came against a team considered to be one of the best in Class AAAA.

Sandy Creek, which has made back-to-back appearances in the elite eight, came into Friday’s game ranked second in the state.

In the second half, the Patriots showed how dangerous a team they can be, but the night belonged to the Grangers, who were buoyed by a typically raucous student section that offered its unwavering sport from the opening tip to the final horn.

“If I knew we were going to be up by 20 at the half and still win by four, that’s fine,” LaGrange coach Mark Veal said.

Senior guard LaPerion Perry, who did an exceptional job running the offense from his point-guard position, led the Grangers with 27 points, and he made four 3-pointers and was 7-of-10 from the free-throw line.

Bo Russell added 16 points, and six of those points came during the critical fourth quarter, and Kenan Gray scored eight points and did a nice job of patrolling the interior.

Evan Jester led Sandy Creek with 20 points, including nine points during the third quarter when the comeback began, and Jarred Godfrey made four 3-pointers and scored 18 points.

“We all knew it was going to be a really tough game,” Veal said. “We played really good in the first half. We started out good in the second half, and they just made their run. They had second-chance points, and the free-throw shooting in the fourth quarter hurt us. But I thought our guys mentally sustained. During timeouts, they were listening, and they were positive. For a kid, it’s easy to get negative, and down. They were mentally tough.”

The Grangers were doing everything right in the first half when they surged to a 38-18 lead, and they limited the Patriots to five points in the second quarter.

The Patriots were still down by 12 points when they scored five straight points in the closing moments of the third period to cut the Grangers’ lead to 51-44.

The Patriots continued to surge and got within three with 6:30 to play, but the Grangers hung tough and went up by as many as nine points when Gabe Duckett scored off of an offensive rebound with 3:30 to play.

The Patriots didn’t go away, though, and they got within three with 48 seconds left on a 3-pointer by Godfrey.

The Grangers ran 20 seconds off the clock, and Perry made one-of-two attempts from the line to push the lead to 68-64, and that’s the way it ended.

The Patriots got two shots away in the closing moments, but the Grangers came up with the defensive rebounds to wrap things up.