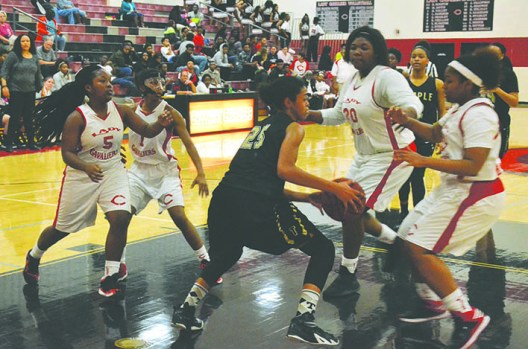 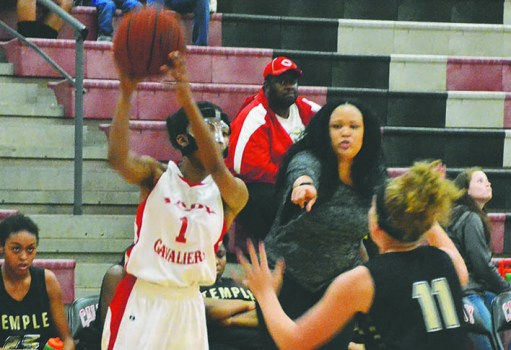 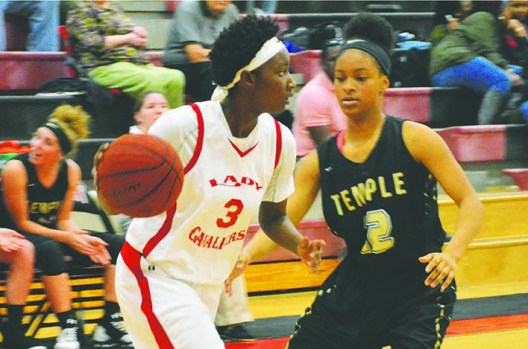 HOGANSVILLE – The Callaway Lady Cavaliers fought off a late charge from Temple to secure a 35-31 region victory on their home floor on Tuesday.

Callaway led by as many as 15 points early in the fourth period, but Temple fought back and got as close as five in the closing moments.

After Temple got within five with 3:26 to play, though, it didn’t score again until there was two seconds left in the game.

Five consecutive times Temple had the ball down by five with an opportunity to eat into the lead, but it was unable to convert, and Callaway didn’t allow any second-chance shots during that stretch.

Callaway (3-8 overall) improved to 3-1 in Region 5-AA, and it remains in second place behind Heard County.

“It wasn’t a pretty win, but you’ll take it,” Callaway head coach Deyano Martin said. “We didn’t play our best, and had a couple of players that didn’t do their best on offense, but we did well enough to win. You take it any way you can get it.”

Junior Chyna Cameron, who had a solid all-around game in the post, led Callaway with 10 points.

KeKe Talley made a pair of 3-pointers and scored nine points, and KiKi Owens had eight points.

Neither team found much offensive success in the first period, and Callaway grabbed a 5-3 lead.

Callaway heated up in the second period and outscored Temple 17-8 to take a 22-11 lead at the break.

The Lady Cavaliers were up 29-17 through three periods, and Talley’s 3-pointer early in the fourth quarter pushed the lead to 15.

Temple began to claw its way back into the game, and when Tori Chivers scored after getting a steal, Callaway’s lead was down to 34-29 with more than three minutes to play.

The Lady Cavaliers only scored one point the rest of the way on a free throw by Owens, but they did enough to secure the victory.