Museum director: So much of our history is hidden 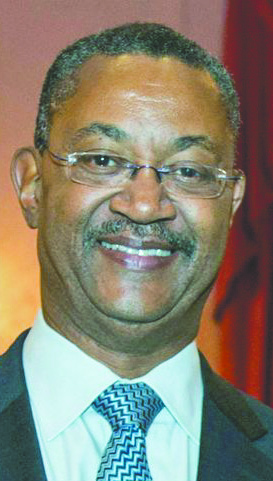 “It makes us richer to know the stories of our families,” said John W. Franklin, senior manager of external affairs at the museum, which opened in September.

Franklin said since the museum represents culture, it contains everything from African Americans’ first history up until now, from the first years of slavery to Louis Armstrong’s trumpet and Michael Jackson’s hat.

“We want it to be a dynamic place,” he said, and the exhibits will constantly grow and change.

“We are collecting yesterday as history,” Franklin said. “When I speak to the younger generation I ask them, ‘What will you create to bring in to this museum?’”

Franklin also gave a lecture Tuesday afternoon and attended a reception Tuesday night at Legacy Museum on Main. His Tuesday morning talk was to members of the Troup County Racial Trustbuilding Initiative.

“I went to learn about black people, and I learned a lot about Ricky Wolfe,” he said. “I was so naïve, I never thought about the majority of black people I know being the descendants of slaves.”

Wolfe said he was commission chairman from 2006 to 2014 and has never been more beat up on an issue than this, when he tried to explain it to members of the community. The initiative was formed, in part, because every issue he tried to tackle as a commissioner came back to race.

“In the South, we don’t want to hurt anyone’s feelings,” he said. “A lot of feelings have already been hurt. The collective sum of our attitudes is our culture. I’m asking you to open up your heart.”

State Court Judge Jeanette Little, a LaGrange native, and Curtis Brown Jr., a recent transplant to the city, also spoke of their experiences with the trust building initiative. Brown is from Teaneck, N.J., which was the first city to desegregate its schools. It’s also the site of a 1990 shooting in which a white officer shot a black teenager in the back. The community eventually healed its racial divide, Brown said.

“I’m proud to be from my hometown, and I’m proud of my new community and the steps it’s taking,” he said.

Little said Troup County Schools were segregated until she was in junior high school, when a few black students chose to integrate.

“They endured a lot,” she said. By the time she was a sophomore, the schools were fully integrated.

“It was one of the best things that ever happened,” she said.

“We’re all a product of our upbringing,” she said. “But that’s not all we are and not all we should be.”

To learn more about the initiative, visit racialtrustbuilding.org