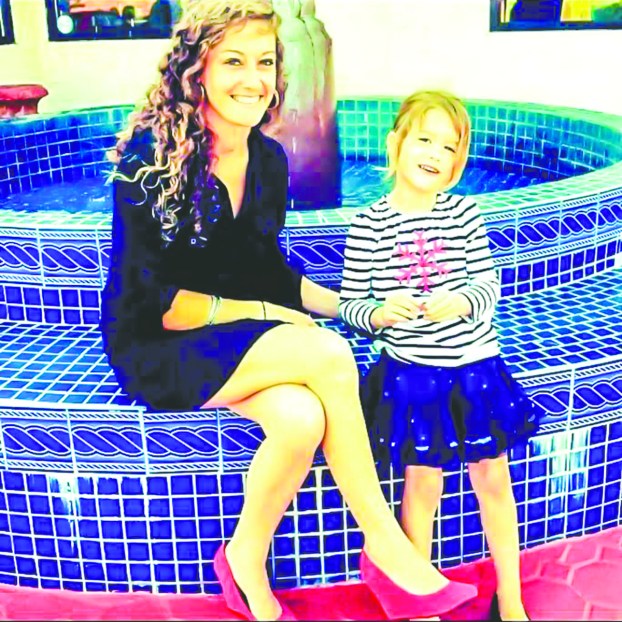 Jenna Isabell Cruz Evans, 30, is pictured next to her daughter Layten Caroline Evans, 5. Jenna passed away in September of 2016 from injuries she received in a car accident on Old Chipley Road. (Photo: Submitted)

LaGRANGE –  A man accused of allegedly killing a passenger in a car during a single vehicle accident on Old Chipley Road made his first appearance in the Troup County Magistrate Court on Thursday.

Michael Joseph Smith was indicted for the death of Jenna Isabell Cruz Evans, 30, and charged with homicide by vehicle in the first degree (felony), driving while license was suspended (felony), driving too fast for conditions, reckless driving, failure to maintain lane and failure to use safety belts.

Evans was the passenger in a 2008 Nissan 350 Z that was traveling north at a high rate of speed on Old Chipley Road at approximately 8:30 p.m. Sept. 23, according to Sgt. 1st Class Will Tatum with the Georgia State Patrol.

“The car crossed over the double lane. The driver over-corrected and went off onto the shoulder,” Tatum told the court. “The car struck a tree, rotated back across the road, struck a ditch … and ejected both the passenger and driver …”

Evans died from her injuries almost one week later.

“I would go up to the hospital and sing and talk to her,” said Tammy Cruz, Jenna’s mom. “A few times it looked like there were tears in her eyes … I prayed for her to live. That’s my baby.”

The 30-year-old woman left behind her family – and a five-year-old daughter named Layten Caroline Evans.

“Jenna was a loving mother, daughter, sister and aunt,” Cruz said. “She was beautiful, had a good heart … I am very proud to be her mom.”

Cruz, who was in court on Thursday, said her main priority now is taking care of Layten.

Smith’s family was also in the courtroom to support their son. They shared their thoughts with Evan’s loved ones to the Daily News on Thursday.

“Michael Joseph and his family express their condolences to Jenna’s family for the loss of Jenna,” stated Robert Smith, Michael’s dad.

GSP officials estimated the Nissan 350 Z was traveling about 78 miles per hour at the time of the accident, Tatum said.

The trooper testified Smith was driving on a suspended license.

Tatum also stated law enforcement officials firmly believed Smith was behind the wheel when the crash occurred. GSP reportedly conducted an experiment using one of their troopers who was the same height as Evans and the wrecked car.

“If Jenna was exactly the same size as Trooper Norman, there was no way she could have reached the pedals while sitting in the driver’s seat,” Tatum told the court.

According to Tatum, while both Smith and Evans were ejected from the car, their seats never moved during the accident.

It was unclear if any DNA evidence was collected to support that theory.

The Georgia State Patrol Specialized Collision Reconstruction Team, or SCRT, also investigated the accident. Their report is not yet available.

Defense Attorney, Peter Alford, questioned GSP’s determination of who was driving that night. He told the court a witness allegedly saw Evans get into the car before Smith and crank up the engine.

Alford also revealed the Nissan 350 Z did not belong to Smith or Evans.

When the defense attorney asked Tatum if he had spoken to the car’s owner at all, the trooper responded, “No.”