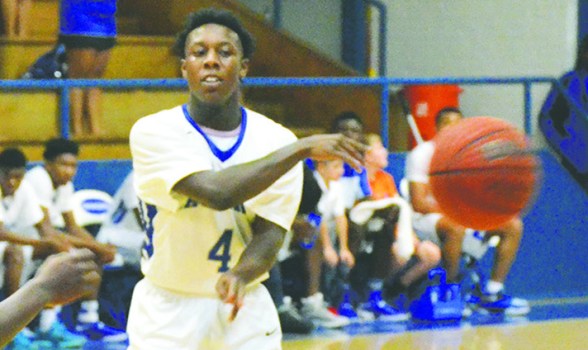 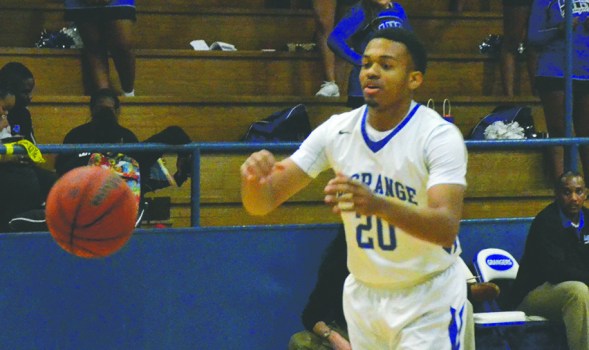 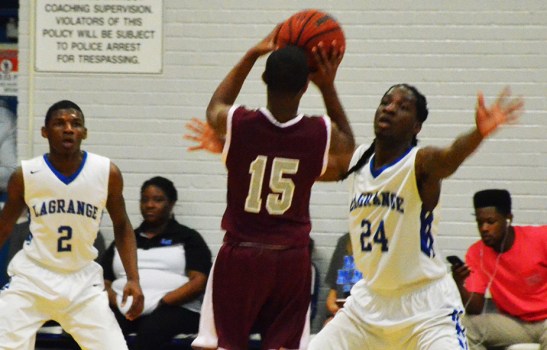 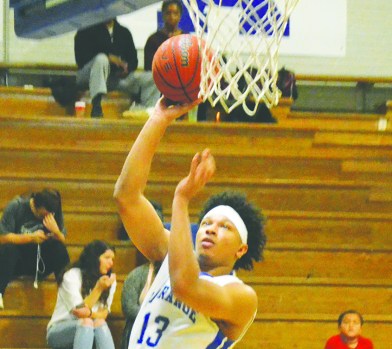 LAGRANGE – With senior Kenan Gray delivering an over-powering performance in the paint, the LaGrange Grangers had their way with visiting Central-Carroll on Friday night.

Gray came through with a 27-point effort as the Grangers cruised to a 79-61 victory in the Region 5-AAAA game.

The Grangers (17-2) reached the halfway point of the region schedule with a 6-0 record, and they’ll begin the second half with a road game against Cedartown today at 7:30 p.m.

From the get-go of Friday’s game, Gray was aggressive, taking the ball to the basket and showing off an array of moves.

“We all told Kenan before the game, you’ve got to step up and produce tonight,” LaGrange head coach Mark Veal said. “And he got down there and scored 27 points, and he didn’t play much in the fourth quarter.

“He did what he’s capable of. He’s a talent physically. He knows how to play, and he’s unselfish. He was 5-of-6 from the line, and he finished some shots inside. It was good for us.”

Junior guard Bo Russell contributed 15 points, and he was 5-of-5 from the free-throw line.

Senior guard LaPerion Perry, who usually leads the Grangers in scoring, made two 3-pointers and scored 12 points, and Quez Jackson and Daz Wiliams each had six points.

Both teams were finding offensive success early, and the Grangers had an 18-16 lead after the first period.

Gray scored nine of LaGrange’s points in the first period.

LaGrange began to take control in the second quarter, outscoring Central 24-16 to seize a 42-32 lead at the half.

In the third period, Gray scored nine more points as LaGrange surged to a 66-42 lead.

In the fourth quarter, Veal was able to empty the bench and make sure everyone got some playing time.