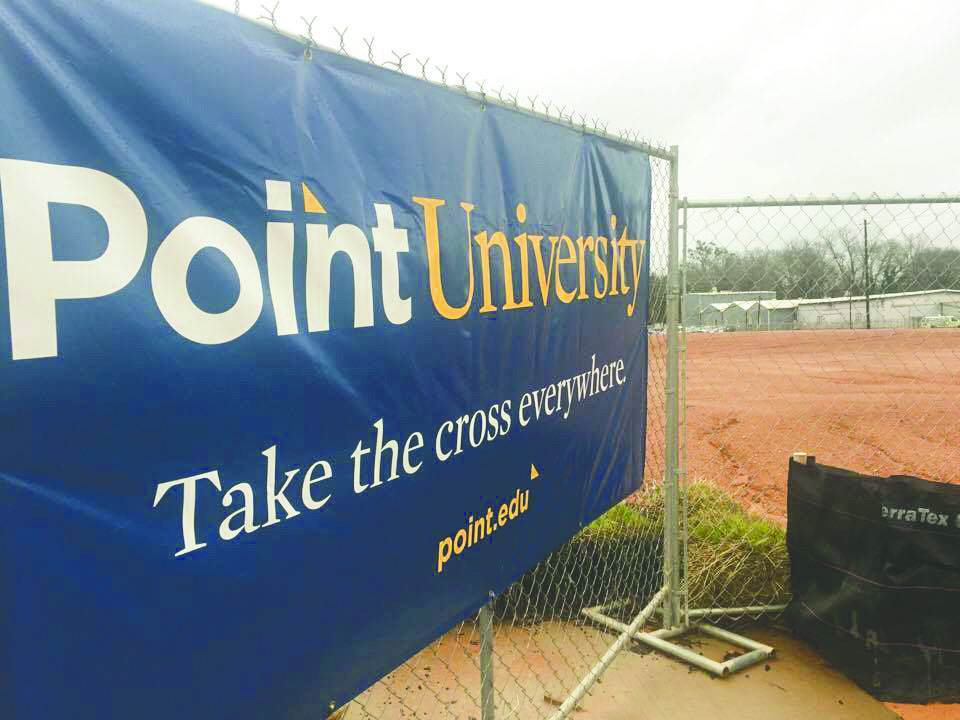 The site in downtown West Point is ready for a dormitory for Point University students. Photo by Jennifer Shrader | Daily News

WEST POINT – The site on U.S. 29, right next to the police station, sits cleared, fenced off and ready for construction.

As soon as the federal loan comes through, the new dormitory at Point University can get built.

“We’re calling it The Foundry,” said Joshua Harrelson, vice president of advancement at Point University. The new dorm is being built on the site of the old West Point foundry, and several aspects of the original architecture will be incorporated in the new building.

The project is being financed with a U.S. Department of Agriculture loan, which Point Univeristy officials believe is being held up because of the change in government administrations.

“We’re hearing the change in administration is holding up a lot of government services,” Harrelson said.

However, the need for more room for students is a good problem for the school to have. The school’s fall 2016 enrollment was 1,986 a record for the school’s 79-year history. The school received its decennial  reaccreditation from the Southern Association of Colleges and Schools Commission on Colleges (SACSCOC) in 2016, and launched two graduate programs in the fall of 2016, a Master of Transformative Ministry and a Master of Business Administration in Business Transformation.

The school now has 50 programs of study and is raising money for two capital projects in downtown West Point, a worship center and fine arts annex.

“We financed the dorm, but we’re raising money for those two projects,” Harrelson said. “Those are two greatly needed buildings for us.”

Point University came to West Point in 2012, relocating from East Point and taking on a new name (it was formerly Atlantic Christian College). Harralson said the college hopes to consolidate all its student housing to West Point and is pleased to see the development of downtown.

“The community has responded to the students here and that’s caused a spur of economic activity,” he said.