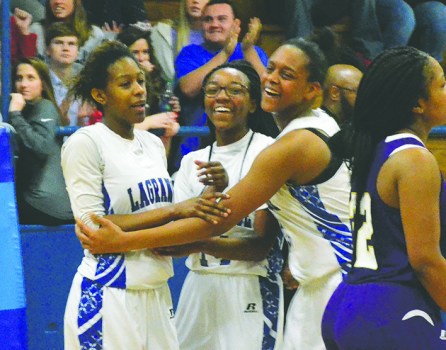 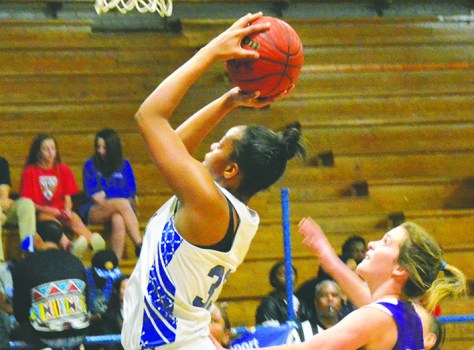 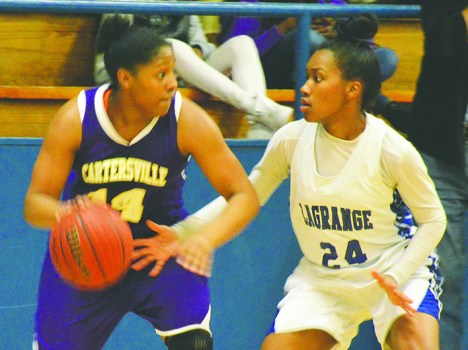 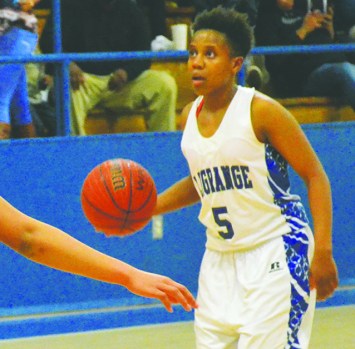 LAGRANGE – She was up to the challenge.

With Tuesday’s game against Cartersville deadlocked in the closing moments, LaGrange’s Aryan Dozier ended up with the ball in her hands.

Dozier drove to the basket, and let the ball fly from about five feet away.

The shot was pure, with the ball finding nothing but net to give LaGrange a dramatic 43-41 win in the Region 5-AAAA showdown.

LaGrange (11-9 overall) won its third straight game to improve to 5-3 in the region.

In Tuesday’s game, Cartersville tied it at 41-41 with a little more than one minute remaining, and LaGrange held the ball the rest of the way.

The final person to touch the ball was Dozier, and she delivered the buzzer-beating shot.

“I wanted to drive, and get as close as I can, and throw it up and try to make it or get fouled,” Dozier said.

She wasn’t fouled, but it didn’t matter since the shot was pure.

“You hope to get a good lock,” LaGrange coach Stephen Tuck said. “And we got a good look, and she knocked it down.”

Early in the fourth quarter, it didn’t look like there would be any late-game suspense.

Cartersville came charging back, though, and a Madison McKinney 3-pointer with 4:30 to play cut LaGrange’s lead to 34-32.

LaGrange went back up by five points, but Cartersville went on a 5-0 run to tie it with 2:36 to play.

Twice more LaGrange went ahead by two, only to have Cartersville pull even both times.

After Cartersville tied it for the final time with 1:09 left, Tuck decided to play for the last shot, and the players executed the plan flawlessly.

“In practice, we put them in situations like that,” Tuck said. “Some of the girls don’t understand, and they ask why we’re holding the ball for a minute. It may happen. And today it happened.”

Cartersville rallied and had a chance to steal one on the road, but LaGrange was up to the challenge.

“We talk about it each and every week, that with every team in the region, it’s going to be tough,” Tuck said. “And they made some adjustments. They went to a one-three-one zone that gave us some problems. And we’ll work on that in practice again tomorrow. And hats off to them. They kept battling. And our girls did a good job of not panicking.”