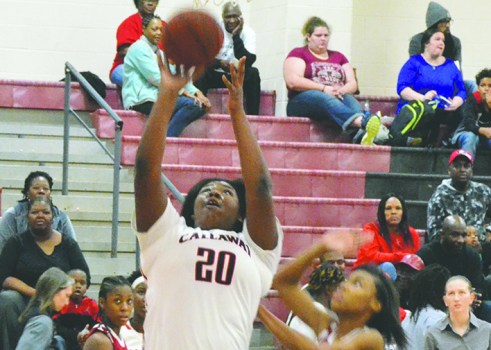 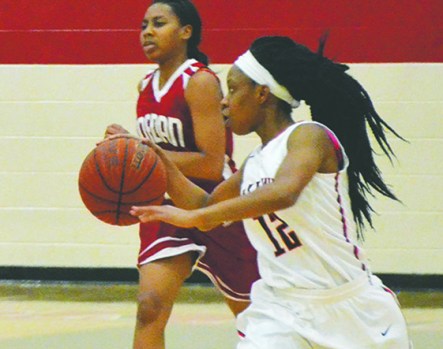 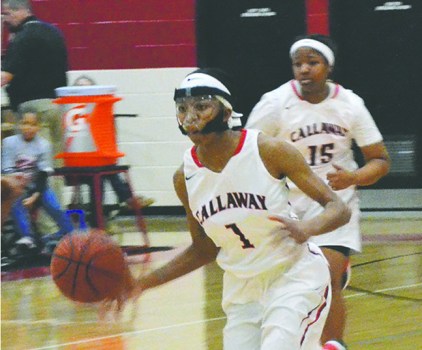 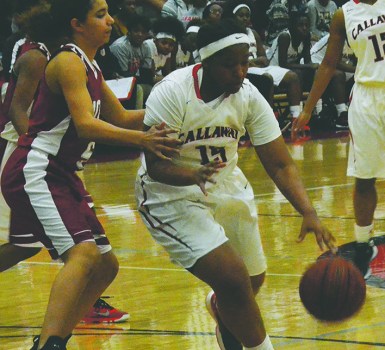 HOGANSVILLE – With post player Chyna Cameron delivering a dominant performance, the Callaway Lady Cavaliers made easy work of Jordan on Tuesday night in a region game.

Cameron, a junior, torched Jordan for 23 points to help her team secure a 61-35 home win.

The Lady Cavaliers (4-11 overall) improved to 4-3 in Region 5-AA, and they did a nice job of bouncing back from back-to-back close losses to Lamar County and Heard County.

Callaway head coach Deyano Martin designed the offensive strategy for Tuesday’s game with the idea of getting Cameron involved, and that paid off in a big way.

“She came out strong,” Martin said. “She can do that every night.”

With Holliday and Owens combining for 11 points in the first quarter, Callaway charged to a 17-3 lead.

Jordan did a better job offensively in the second period, but it still trailed 27-14 at the halftime break.

In the third quarter, it was all Cameron.

Cameron was responsible for 14 of her team’s 17 points in the third period, and Callaway was ahead 44-24 as the final quarter began.

Martin said he was proud of the ownership the players took in the game.

“I didn’t say a whole lot to him,” Martin said. “I told them what to do, and I sat down. We played really well tonight.”

Callaway will have a chance to avenge one of its three region losses when it hosts Lamar County on Friday.