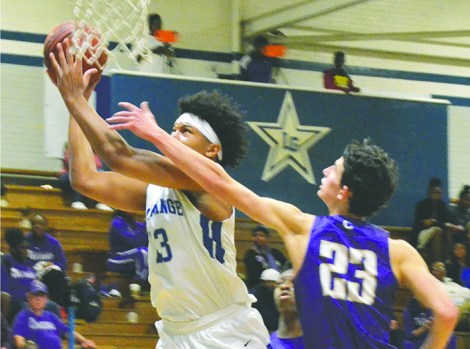 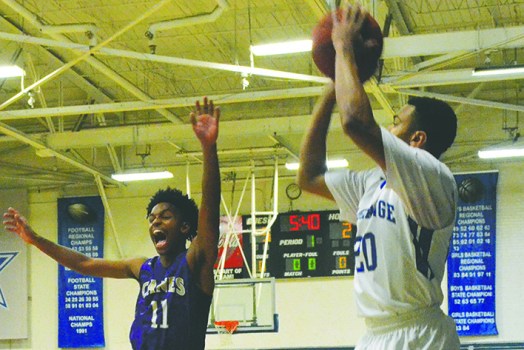 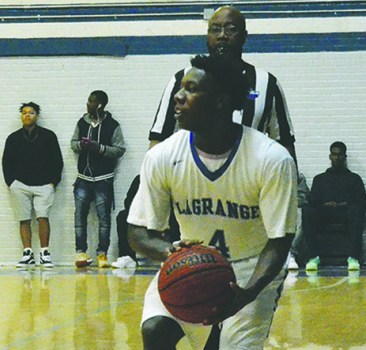 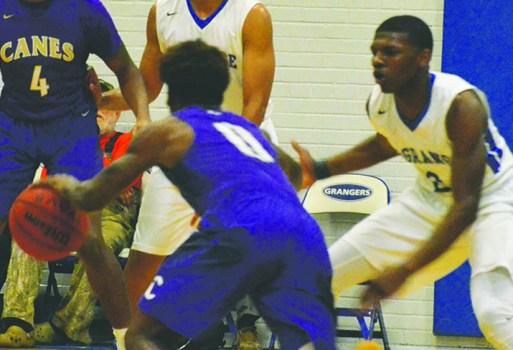 The LaGrange Grangers lost their final game of 2016 to Upson-Lee in the championship game of the LaGrange Toyota Basketball Classic, but they haven’t fallen since.

LaGrange made it eight in a row, all against region opponents, with a 67-52 victory over a strong Cartersville squad on Tuesday night.

The Grangers (19-2 overall) improved to 8-0 in Region 5-AAAA, and they maintained their one-game lead in the region over the Sandy Creek Patriots.

Tuesday’s win was an impressive one.

Cartersville (14-4 overall, 5-2 in region play) came into the game having won five in a row since falling to Sandy Creek in its region opener.

The Purple Hurricanes hung in there early and were only down by a point after the first period, but they trailed by eight at the half, and the Grangers pulled away in the second half.

“I’m extremely proud of the guys,” LaGrange head coach Mark Veal said. “We beat a good basketball team tonight. We started off sluggish early, but we got some momentum going with some fast-break opportunities and some threes, and they answered some. Our kids battled. Mentally, we’re getting them where we want to be, and we’re doing the best we can.”

The Grangers got it done with a balanced scoring effort.

LaPerion Perry made three 3-pointers and led the way with 15 points, and Gabe Duckett also made three shots from long distance and scored 14 points.

“Gabe stepped up tonight and he hit some shots that were really big,” Veal said.

Jaylon Pugh led Cartersville with 16 points, but 11 of those points came in the fourth quarter after the outcome had been decided.

Pugh had been averaging 21 points per game, and he hadn’t scored fewer than 18 points in any of the region games.

Veal said Russell did a stellar job of defending Pugh.

Cartersville had the lead late in the first quarter when Gray completed a three-point play to give LaGrange a 14-13 lead.

In the second period, Duckett got hot and made two 3-pointers while scoring eight points, and LaGrange outscored Cartersville 20-13 to take a 34-26 lead at the break.

Any hope Cartersville had of mounting a comeback was dashed when it was outscored 19-10 in the third period, and LaGrange took a 53-36 lead into the final period.

LaGrange will return to action on Friday with a road game against Troup, and it will be back on the road on Saturday against Sandy Creek.

It’s a challenging week for the Grangers as they look to maintain their spot atop the region standings with some talented teams giving chase.

“This is one of the tougher weeks since I’ve been at LaGrange High, and I’ve been here for 13 years,” Veal said. “We’ve got two teams in the top 10 in the state, and we play our rival in Troup, whose been playing well too. So it’s a tough week.”