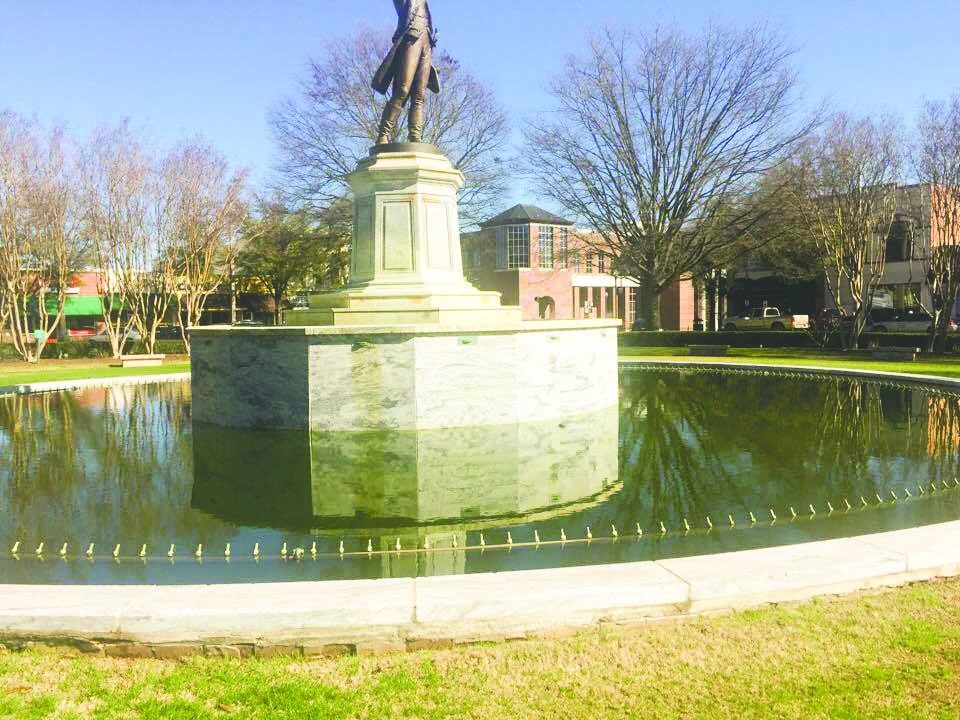 The fountain at Lafayette Square is still silent, even though rains since the first of the year have helped the drought status. Photo by Jennifer Shrader | Daily News

Weekend storms brought 5.3 inches of rain to Troup County, but the area is still in severe drought status and the state is in a Level 2 drought response.

That means the fountain on Lafayette Square remains still.

“We’re in the process of appealing to the state to make an exception for us so we can run the fountain,” said Patrick Bowie, LaGrange’s director of Public Utilities.

The drought status, ordered by the state, prohibits washing of hard surfaces, watering for ornamental purposes like fountains, using a fire hydrant for a purpose that’s not related to public safety and non-commercial washing such as a fundraising car wash or pressure washing.

Gov. Nathan Deal ordered the drought response late last year after a particularly dry summer and fall, however, rains since the first of the year have helped water levels around the area.

The U.S. Drought Monitor has moved Troup County into severe drought status, an upgrade after the area has been in extreme and exceptional status for much of the fall and winter.

The upper portion of the Chattahoochee River Basin remains in extreme drought.