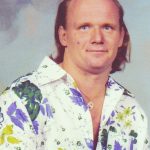 Mr. Allen was born March 24, 1949 in LaGrange, GA to the late Coleman Allen and Lillian Lorene Railey Allen. He was Baptist by faith and worked for William’s Junkyard as a Mechanic for a number of years. In addition to his parents, he was preceded in death by his wife, Lorene Allen and brother-in-law, Tommy L. Bagley.

The family will gather at the home of his sister, Stephanie Bagley, 34 Glenda Dr. LaGrange, GA.