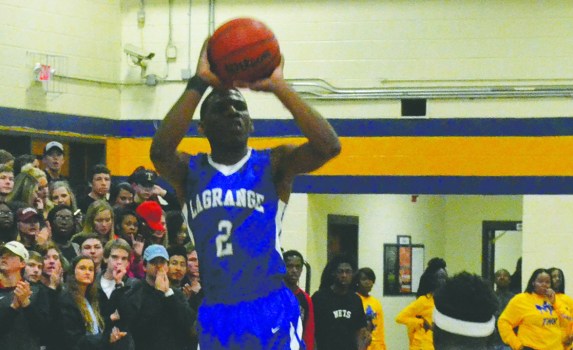 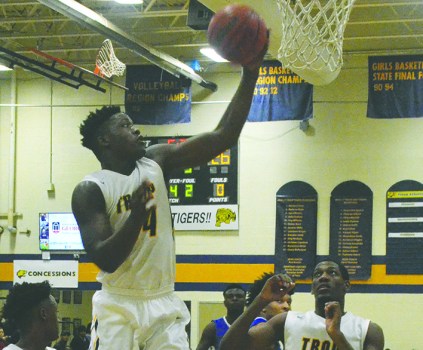 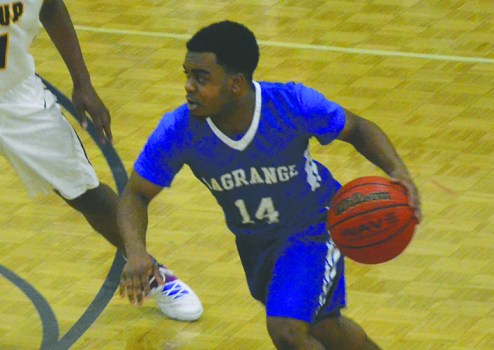 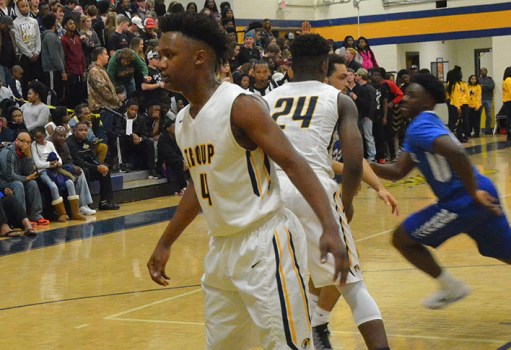 The LaGrange Grangers were pushed to the limit by the Troup Tigers on Friday night, but they walked away with a 66-63 victory to win their ninth consecutive game, all against region foes.

Earlier this month, there wasn’t much suspense as LaGrange rolled to a 64-47 home win over Troup.

The rematch was considerably more competitive, with Troup standing tall on its home court, but LaGrange found a way to prevail.

Trailing by seven points through three periods, the Tigers exploded for 26 points in the fourth period and got as close as three, but they couldn’t completely close the gap.

It was, nonetheless, an encouraging performance by the Tigers, who hung tough and ran step-for-step with one of Class AAAA’s elite teams.

“Playing wise, we felt like they did what we asked them to do,” Troup head coach Paul Brewer said. “They gave us a chance. Tonight’s game could have gone either way.”

LaGrange got a big effort from junior Bo Russell, who led the team with 20 points, and Jarious Freeman scored 14 points and made two critical 3-pointers in the fourth quarter.

LaPerion Perry added 13 points, and he was 6-of-6 from the free-throw line in the fourth quarter.

Troup’s Jarrious Jefferson made three 3-pointers and scored 24 points, and he helped spur the fourth-quarter comeback with 11 points.

TheGrangers were threatening to put it away early.

When Perry scored midway through the first quarter, the Grangers had a 11-0 lead, but the Tigers hung tough and they were down 17-11 heading to the second period.

LaGrange led by 10 early in the second quarter, but Troup made it all the way back and took a 24-23 lead late in the half on a Mwikuta basket.

Troup had a one-point lead with less than a minute remaining in the third quarter, but LaGrange went on an 8-0 run to take a 44-37 lead into the fourth period.

Freeman jump-started the run with a 3-pointer, and Perry made one from long-distance at the third-quarter buzzer to give the Grangers a seven-point lead.

Both teams had no trouble finding the basket in the fourth quarter, with Troup outscoring LaGrange 26-22 in the final eight minutes to make a game of it.

Troup was down by six when Jefferson made a 3-pointer with 19 seconds left to make it a 62-59 game.

Perry finally ended the suspense when he made two free throws with two seconds remaining to put LaGrange up by five.

Jefferson capped the scoring with a dunk at the buzzer.