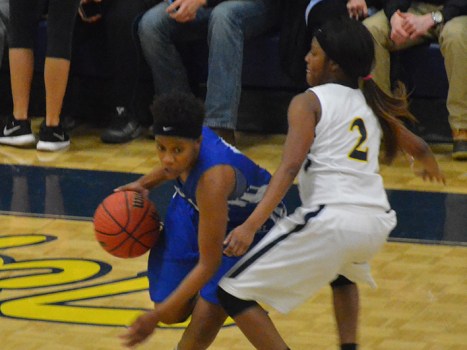 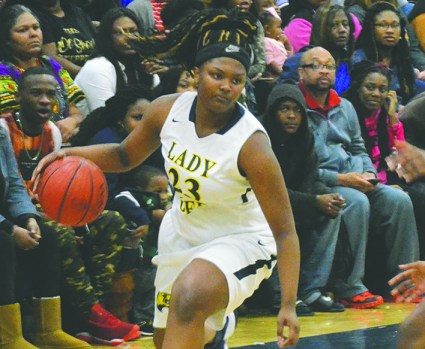 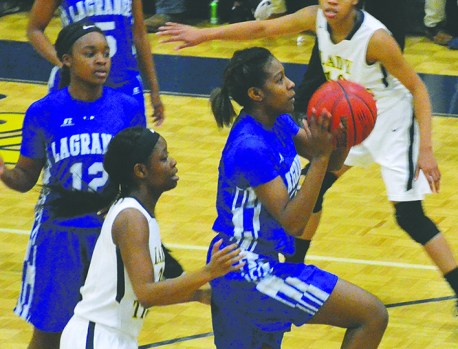 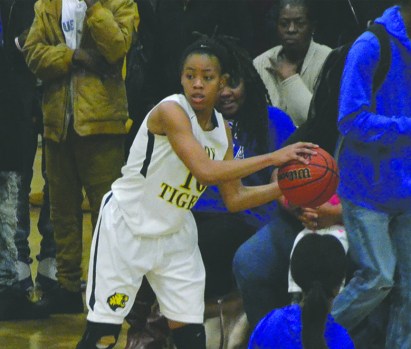 LAGRANGE – They gave the fans a show.

Before a packed house, the LaGrange Lady Grangers and Troup Lady Tigers played an overtime thriller on Friday night in a Region 5-AAAA game.

Troup’s Amber Gilbert scored with moments left in regulation to tie it, but LaGrange dominated the four-minute extra period to secure the 55-50 road win.

It was the fourth straight win for the Lady Grangers (12-9 overall), who improved to 6-3 in the region while also avenging an earlier loss to the Lady Tigers.

Troup (12-9 overall) fell to 5-4 in the region, and it is now in fourth place, one game behind LaGrange.

When LaGrange lost to Troup 49-39 on Jan. 10, that was the start of a three-game losing streak.

The Lady Grangers have been flying high of late, though, and they fought back from a seven-point deficit in the fourth quarter to add to their win streak.

“Anytime you can get a win versus a cross-town rival, it’s a special win,” LaGrange coach Stephen Tuck said.

It helped that LaGrange had Aryan Dozier on its side.

The junior guard has been on a scoring tear of late, and she kept it going on Friday with a 32-point effort, and she had 10 of those points in the fourth quarter and overtime.

Earlier in the week, Dozier made a buzzer-beating shot in a 43-41 win over Cartersville.

“It’s always a little easier to coach when you have a talent like that,” Tuck said. “Every now and then, you look at her and it’s like I need a play. And she’s able to get that play.”

Troup head coach Carla Thornton felt the defensive effort could have been better.

LaGrange had the second-highest point total against Troup this season.

“Our claim to fame has been defense. So every game, we get one or two five-second calls,” Thornton said. “We didn’t get any tonight. We were too lax on defense. But we’ll learn from it. I have a feeling we’ll move back up (in the standings). I’m not discouraged.”

For Troup, it was a breakout game for Amber Gilbert, a freshman post player, who led the way with 19 points, and Shaqoya Mitchell and Jedda Madden each had seven points.

It didn’t take the Lady Grangers long to wipe out that deficit in the fourth period.

The lead went back-and-forth a handful of times, and neither team led by more than two points after Herrod’s 3-pointer.

Dozier gave the Lady Grangers a 46-44 lead when she made a 3-pointer with a minute left, and they were still ahead by two when the Lady Tigers got the ball with 20 seconds left.

With four seconds remaining in regulation, Gilbert’s clutch basket tied the score at 47-47, and it was on to overtime.

Strozier scored early in overtime to put the Lady Grangers up by two, and they held the lead the rest of the way.

With 14 seconds left, Strozier made two free throws to give LaGrange a 55-50 lead, and that’s the way it ended.