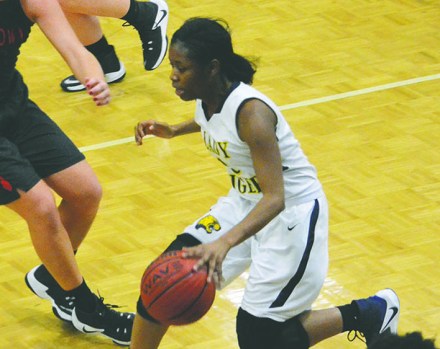 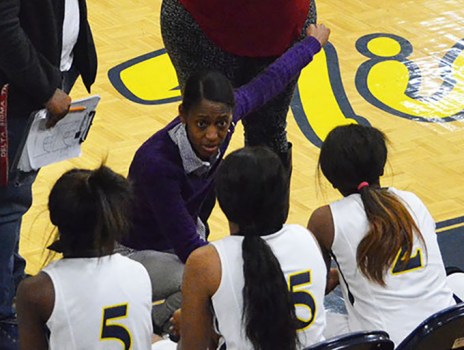 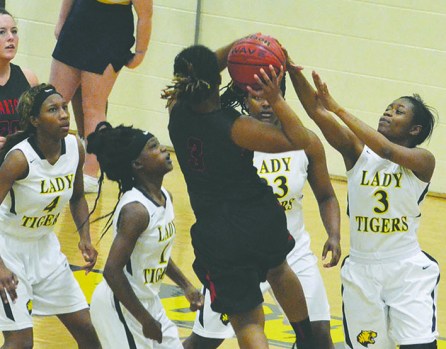 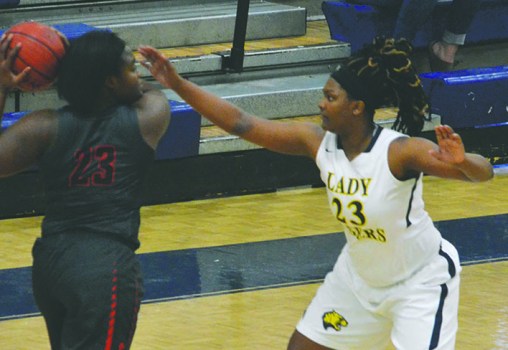 LAGRANGE – Troup’s Amber Gilbert had herself quite a weekend.

It was an important win for Troup, which was able to move into a tie for third place in Region 5-AAAA.

Troup (13-8 overall) and LaGrange are both 6-4 in region play with two regular-season games remaining.

Troup faced all sorts of adversity during Saturday’s game, with three players fouling out, and there were also some key injuries.

Thanks in large part to the performance by Gilbert, though, Troup was able to enjoy the home win.

Gilbert scored nine of her points during the decisive fourth quarter when Troup outscored Cedartown 22-19.

“The game’s starting to slow down for her,” Troup head coach Carla Thornton said of Gilbert, who has become a key player on a veteran team.

Thornton also said junior guard Valerie Smith, who has been a role player this season, stepped up and performed well on Saturday with some of her teammates unable to go.

“Some games she plays, some games she doesn’t,” Thornton said. “She played tonight and gave us a lot of minutes. I was proud of her for stepping up, and wanting to be the person to take the shots.”

Keya Sands had 13 points for Troup, and she was 5-of-7 from the free-throw line.

Cedartown is in last place in the region, but it pushed Troup to the limit.

It was close most of the way.

Troup finally began to create some separate in the fourth quarter, and it was Gilbert leading the way.

Moments later, Gilbert came up with a steal, and Sands made two free throws with 4:54 left to give the home team a 37-34 lead.

She made two free throws to give Troup a five-point lead, and moments later, she scored and was fouled, and she made the free throw to complete a three-point play.

Cedartown hung around and got within five with 45 seconds left, but the day belonged to Troup.

Troup will visit Central-Carroll on Tuesday, and it closes the regular season on Friday at home against Cartersville.

If the Lady Tigers are able to win out, they’ll head into the region tournament on a three-game winning streak.

“Like I told them, we just want to win out, have some momentum,” Thornton said.