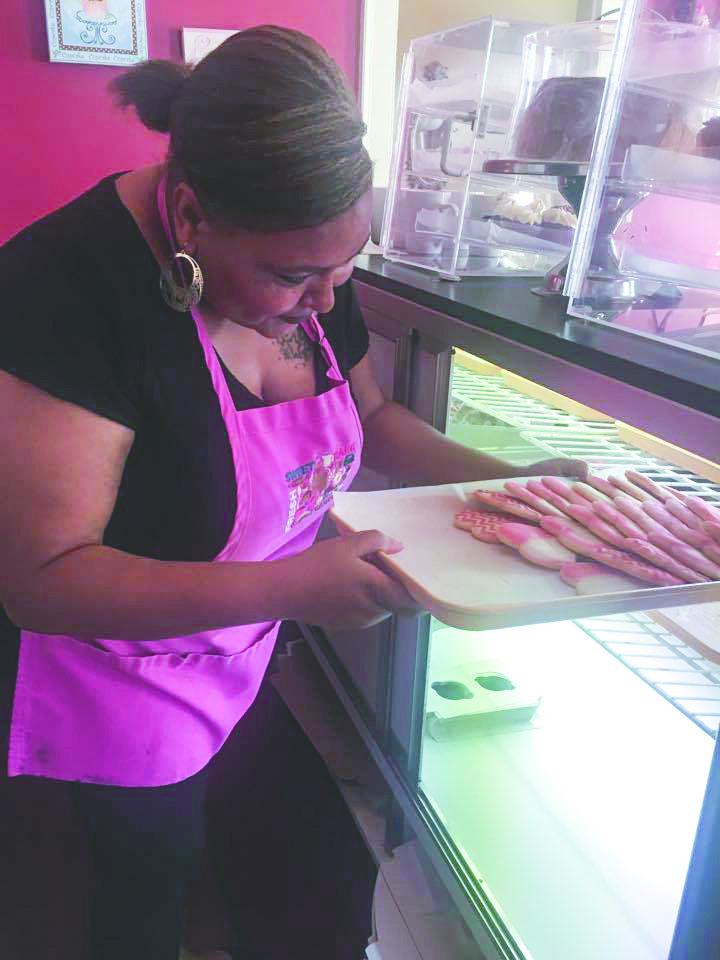 Vontina Irvin puts Valentine-themed cookies in the display at the River House/Cakes by Debbie in West Point. The store will stay open in West Point but is opening another location – again – in downtown LaGrange. Photo by Jennifer Shrader | Daily News

There’s good news for those who’ve missed the sights and smells of sweet treats in downtown LaGrange.

Cakes by Debbie is reopening on Ridley Avenue, just in time for Valentine’s Day.

The new location is in the former Merle Norman building, next to Ellis Smith accountants.

The store first opened in LaGrange seven years ago, but moved to West Point in April 2016 because the owner, Debbie Barronton, wanted to open a restaurant. Cakes by Debbie/The River House opened on Second Avenue.

But the lack of foot traffic at that location and a desire to get back to LaGrange prompted Barronton to find a site in LaGrange. The West Point shop and restaurant will stay open, however, and Barronton wants to expand to other towns in the area.

“So many people have wanted us to come back and we’ve missed the walk-in business we had,” Barronton said.

“You can order a cake from any one of our stores,” she said.