‘I just want to make a difference’ 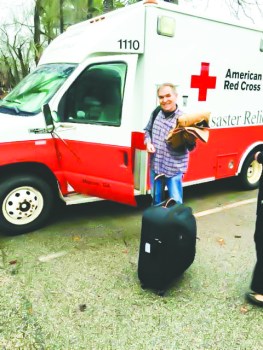 Tom Bulifant prepares to pull out of the American Red Cross parking lot off Dallis Street on Jan. 23 in the Emergency Response Vehicle, or ERV. He was deployed to South Georgia to help residents affected by the tornado. (Photo: File) 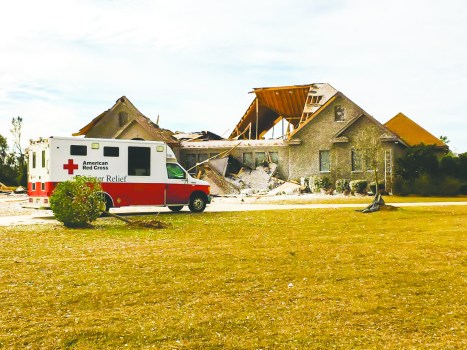 This is one of the areas hit by an EF3 tornado on Jan. 22. ARC volunteers served hot meals to victims as they tried to recoup belongings left behind in the storm. (Photo By: Tom Bulifant) 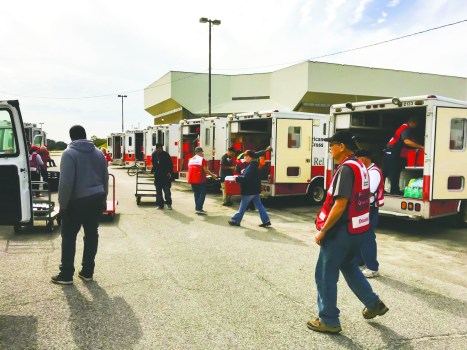 LaGRANGE – Tom Bulifant, an American Red Cross of Central Midwest Georgia volunteer, was packed and prepared to drive the organization’s Emergency Response Vehicle to South Georgia just one day after severe storms tore through the area.

What he was not prepared to see was the amount of destruction those storms caused in neighborhoods in and around Albany.

At least 16 people died when tornados slammed into Dougherty, Berrien, Cook and Brooks counties in the early morning hours of Jan. 22, according to officials with the Georgia Emergency Management Agency.

That storm contained an EF3 tornado that packed winds up to 150 miles per hour and at one point was more than one-mile-wide, the Nation Weather Service confirmed in its final report. The twister reportedly stayed on the ground for 70 miles.

Bulifant spent the first half of the week loading up the ERV with food and water each day at the Albany Civic Center. He then traveled through storm ravaged neighborhoods and offered victims a free, hot meal and drinks.

“Once we had approval from local authorities that trees were moved and power lines were cleared from the roadways, we (ARC volunteers) would go in and feed the people,” Bulifant said. “People were in the neighborhoods trying to recoup what they could of their belongings.”

The Albany Civic Center became the hub of operations for emergency responders and volunteer organizations, he said. The American Red Cross had at least 16 of their emergency response vehicles on site and ready to go.

The building was also used as an emergency shelter for storm victims, Bulifant said.

“It was a devastating tornado. Many people came out to help (storm victims),” Bulifant stated. “The civic center was inundated with donations, clothes, food … In a time of need, people forgot their differences and joined together to help out. It was nice to see.”

“We (ARC volunteers) had 8-10 emergency response vehicles. We would load them up the night before a distribution so we would be ready to go the next morning. There was a lot of fellowship during that time. Everyone pitched in.”

Bulifant and the volunteers covered a lot more ground on their bulk distribution routes, traveling farther south into Adel.

“We would set up the ERV and have people walk up to us for supplies, or we would drive to local fire and police departments,” he explained. “The officers would distribute the supplies to people in area neighborhoods.”

Bulifant stayed in South Georgia for a week before heading back home.

The deployment was his second time in Albany after a tornado struck an area. That storm blew through just three weeks before the Jan. 22 tornado.

But this was Bulifant’s first time volunteering for a large scale disaster that impacted thousands of people.

“It felt good to really be involved in the clean-up process,” he said. “I really enjoyed volunteering. I get a great feeling doing it. I would have stayed in Albany for two weeks, had I not had a prior commitment. I just want to make a difference.”

The American Red Cross is always in need of more volunteers. Financial donations are appreciated as well.

Anyone wishing to volunteer, donate, or learn more about creating an emergency kit, visit redcross.org or call the local office at 706-884-5818.