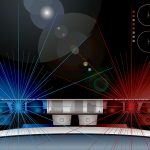 LaGRANGE – Troopers with the Georgia State Patrol continue to look into the hit and run death of a pedestrian Monday night on West Point Road.

The woman was struck by a driver in a Chevy Malibu just after 7 p.m. in front of the Global Beverage Outlet at 2157 West Point Road, according to the Georgia State Patrol.

The victim, who has not been formally identified by GSP, died from her injuries.

Troopers did not identify the driver nor what charges they might face as of press time on Tuesday.