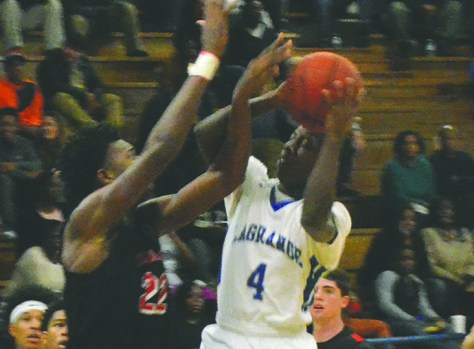 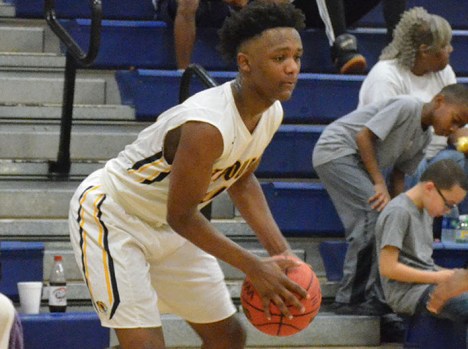 LAGRANGE – After helping lead his team to the regular-season championship, LaGrange High’s LaPerion Perry was honored as a first-team member of the all-Region 5-AAAA team that was revealed on Monday.

LaGrange’s Bo Russell, Bryan Fanning and Kenan Gray made the second team, and Troup’s Montez Crowe was an honorable-mention selection.

Perry, who was a first-team all-region player in Region 1-AAAAA last season, is the leading scorer for a LaGrange team that is in the midst of a sensational season.

The Grangers are 22-3 overall, and they went 11-1 in the region to earn the top seed for this week’s region tournament.

Perry, a play-making guard who can shoot the three, get to the basket, and handle the ball, is a three-year starter for LaGrange, and he was an integral part of teams that won region-tournament championships in 2015 and 2016.

Jefferson averages more than 20 points per game for the Tigers and is the team’s leading scorer by far, and he helped the team earn the region’s number four seed for the region tournament this week.

Russell is a junior guard who has provided a scoring spark throughout the season, and Fanning and Gray are a formidable duo in the post.

Crowe is a junior post player for Troup, who also has the ability to knock down shots from outside.

The co-players of the year in the region are Jaylon Pugh of Cartersville, and Evan Jester of Sandy Creek, who are both among the state’s leading scorers.