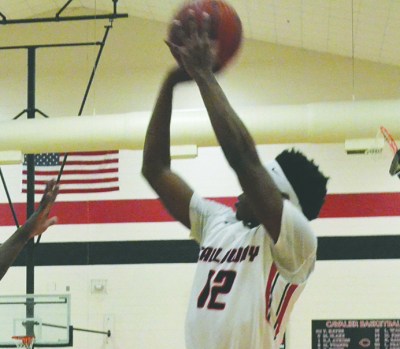 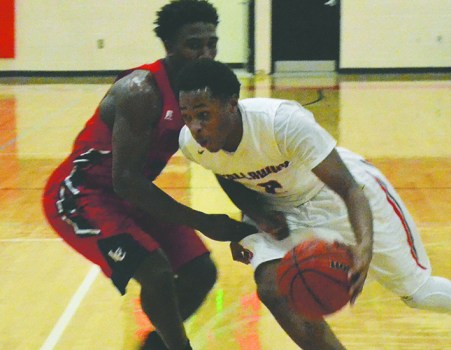 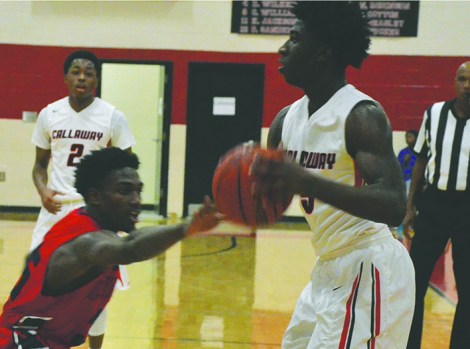 HOGANSVILLE – It was no contest.

The Callaway Cavaliers made easy work of Lamar County on Tuesday, rolling to a 74-30 victory in the opening round of the Region 5-AA tournament.

Callaway will take on Spencer at 5:30 p.m. on Thursday in the semifinals, and that game will be played at Heard County.

If Callaway beats Spencer, it would play again on Friday for its fifth consecutive region-tournament championship.

Callaway, which is the tournament’s third seed, had its way with sixth-seeded Lamar County from the get-go.

The Cavaliers were ahead 17-9 after the first quarter, they were on top 33-16 at the half, and they continued to pull away in the final two periods.

Callaway head coach Terry Hayes made sure to stress to the players the urgency of the situation before they took the court.

“We’re fighting for our lives,” Hayes said. “You lose this game, that’s it. What you’ve done in the past doesn’t mean anything. It’s what you do tonight.”

Guard Tamarcus Smith did his part to make sure the Cavaliers got off to a quick start.

Smith had eight of his points in the first period as Callaway surged to an eight-point lead.

Braylon Sanders added 16 points for the Cavaliers, and he had eight of his points in the second quarter.

DQ Wilkerson scored 10 points for the Cavaliers, all in the second half, and Lazarrick Prather scored eight points.

“We played better defense tonight, and we shot the ball well, and penetrated,” Hayes said. “We ran our offensive sets.”