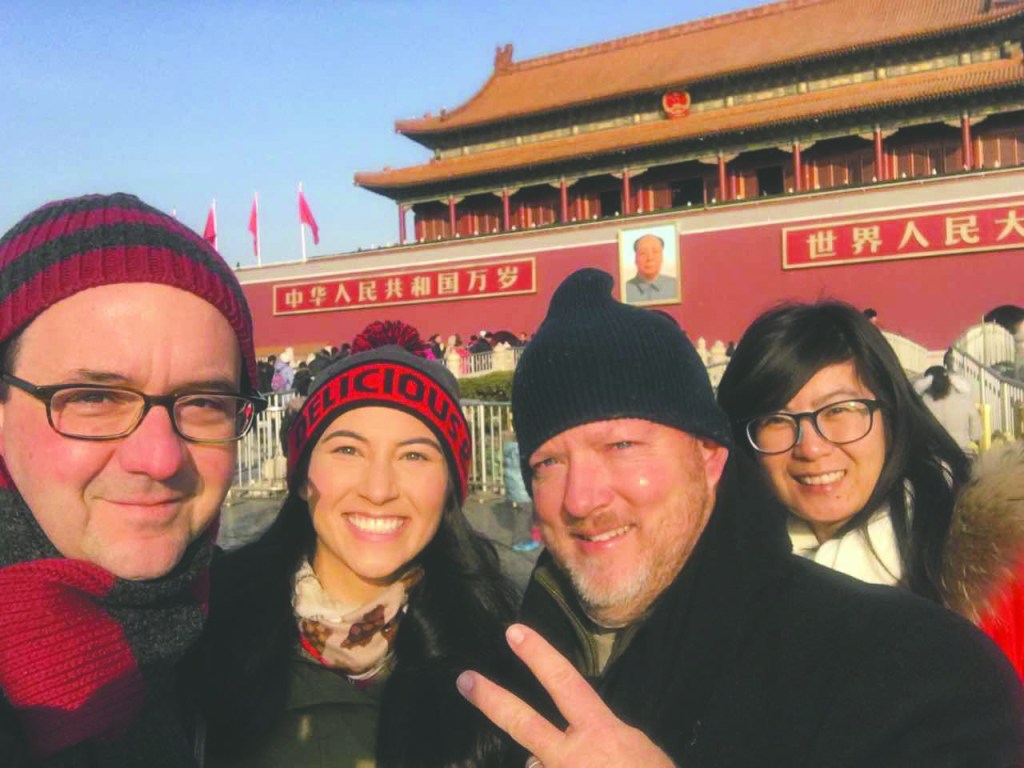 LaGrange Mayor Jim Thornton, left, and LaGrange Economic Development President Scott Malone, second from right, were able to tour China while on a trip to the country to see Sentury Tire, which will break ground in LaGrange in May. They are shown with Victoria Zeh, with the Georgia Department of Economic Development, center, and a Chinese tour guide. They are shown at the entrance to the Forbidden City. (Submitted photo)

LaGRANGE – As the mayor of LaGrange, sometimes you answer difficult questions from residents. Sometimes you get invited to special events.

And sometimes, you go to China.

Mayor Jim Thornton and Scott Malone, president of the Development Authority of LaGrange, recently took the trip as guests of Sentury Tire. The tire-making company is expected to open near the end of 2018 and bring 1,100 jobs and millions in investment here.

“We’ve been pretty successful here of late,” said Thornton, speaking to the Troup County Republican Women about Sentury Tire and the construction of Great Wolf Lodge in the city.

Thornton said the clean factory he saw at Sentury and the use of robotics in the facility bodes well for students at Thinc Academy: when they pass the megatronics courses offered at the college and career academy, there will be jobs waiting for them in LaGrange.

Between Sentury and Great Wolf, $1 billion in investment is coming to the city, along with a total of 2,500 new jobs.

“And none of it is related to Kia,” Thornton said. “They (Kia) are our largest employer. I love Kia. We’re just layering on top of that in a diverse way.”

Sentury will be the state’s first major Chinese manufacturer to locate in Georgia and it beat out 60 cities in 20 states – the other finalist was Jackson, Tenn. Thornton said Jackson had about $30 million more in cash to throw at the project, but Sentury chose LaGrange anyway.

“That shows me that money doesn’t drive every decision,” he said. Sentury chose LaGrange, in part, because of its available, trainable workforce. It will also locate a research and development center and American headquarters in LaGrange on a 400-acre site on Pegasus Parkway.

Since much of the facility is robotic, Thornton said local officials are hoping the new plant will create a need for more housing in the area. Many of the expected 1,100 jobs will be white-collar: sales, marketing and corporate jobs.

“The fact that they felt like they could find people to fill those jobs is a great testament to our community,” he said.