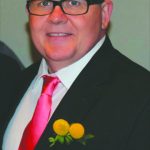 Walter was born May 29, 1958, in Albany GA, son of the late James Walter Beasley and Pauline Railey Beasley.  Walter was a 1976 graduate of LaGrange High School and a graduate of Southern Polytechnical Institute with a bachelor’s degree in Electrical Engineering.  He was a member of the Tau Kappa Epsilon Fraternity.  He was most recently employed with Kinder Morgan, Inc. in Savannah, GA.  He spent his early career at Chicago Bridge & Iron Company and Simmons Engineering Company.

Walter had a lifelong love of all types of music and was a self-taught guitar player.  His favorite activities centered around Georgia Tech and Falcons football, traveling and spending time with his four children and their spouses: John and Alida Beasley; Katie and Jason Beshara; Anne Marie and Diego Rangel; and Lauren and Ben Anderson.  Walter was excitedly expecting his first grandchild in June.

Survivors, in addition to his children, include his uncle, David Railey and cousins Jeanette Moore; Greg and Beth McLeroy; Stacey and Jeff DeGrasse; Dianne and Bryant Heard; and Annie and Anthony Daniel.

Visitation will be Monday, February 13, 2017 from 5 p.m. until 7 p.m. at Striffler Hamby Mortuary, 1010 Mooty Bridge Road in LaGrange.  The funeral will be Wednesday, February 15, 2017 at 11 a.m. at St. Peter’s Catholic Church in LaGrange with Father Patrick Scully officiating.  Burial will follow in Shadowlawn Cemetery.  A gathering of family and friends following the graveside service will be at 102 Smokemont Drive, LaGrange GA.

In lieu of flowers, contributions may be made to the Boys and Girls Club of West Georgia, 115 E. Canon Street in LaGrange in support of a music program.