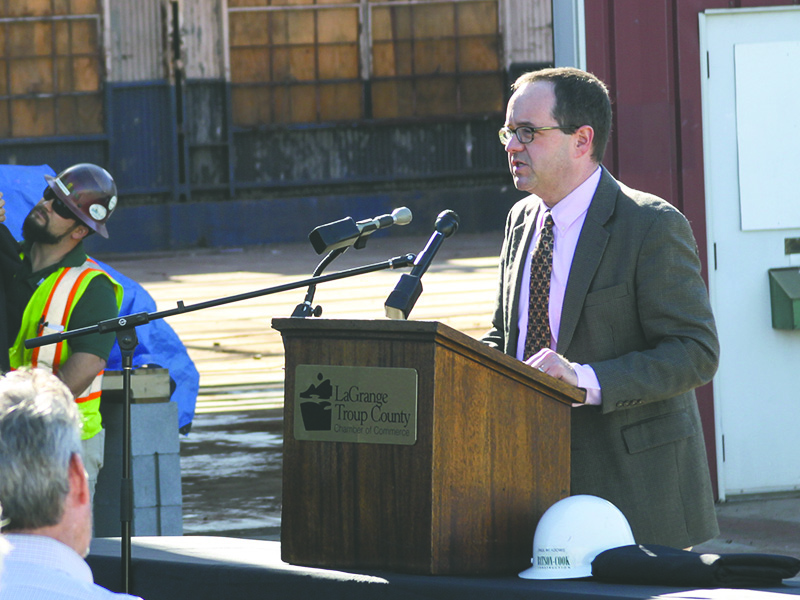 Mayor Jim Thornton speaks at the announcement for Wild Leap Brewery in downtown LaGrange, one of the many businesses to come to the city during his time as Mayor. (Photo by Alicia B. Hill | LaGrange Daily News)

LaGRANGE – When state Sen. John McKoon announced he would not be seeking another term on Jan. 23, speculation flew over who will rise to run for the 29th district seat in 2018.

Among the names thrown out was LaGrange Mayor Jim Thornton who, up until McKoon’s announcement, had planned to run for mayor again this fall.

Thornton is still considering whether to run for the state seat, and he plans to carefully consider and pray on what will be best for the city, the county and the region, especially since the state senate has such a large impact on the Troup, Harris and Meriwether county area.

If Thornton did run for the seat, he is confident in the ability of the city council to continue the projects he began during his time as mayor.

“I certainly think that the citizens of LaGrange would select a mayor – if it became a vacancy – to continue what we have going on,” said Thornton. “… It is important to me that whoever is selected would continue with the vision of growing this community, of diversifying our job base, of making sure that no area of the city is neglected.”