Instilling success into the youth 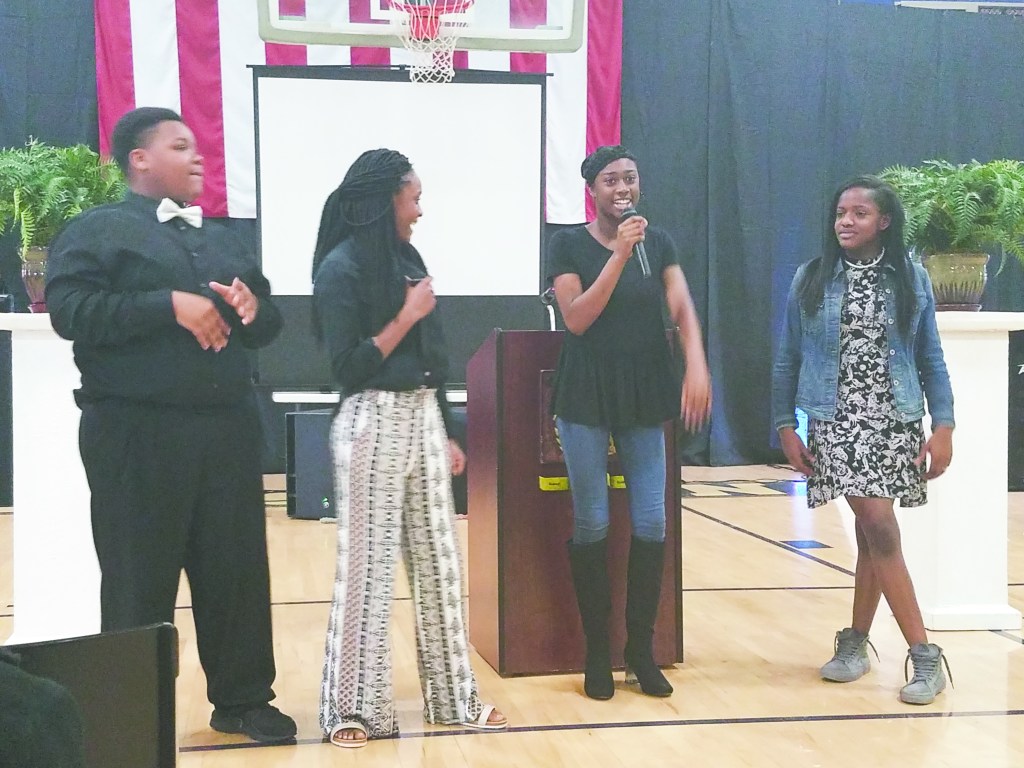 LaGRANGE- “To Be, or Not To Be…Successful” was the central theme of Long Cane Middle School’s Black History Month Program Friday morning. Students were able to express themselves freely, articulate their thoughts and showcase their talents through multiple skits and presentations.

The core basis for the program was for students to be as involved and hands-on as possible.

“The idea for the program was a collaborative effort,” said Joe Floyd, the director of Long Cane’s Black History program. “We’ve been trying to make it more student-centered but it was mostly us working together.”

The program included a poem by Nigel Walker titled “How It Used To Be”’ that depicted the struggle African-Americans have had to endure throughout the history of America.

Three students shared to the audience what prominent Black History figures inspired them the most. They revealed Jackie Robinson, Rosa Parks and Maya Angelou to be their choices.

Five female steppers dressed in all black – with a little pink mixed in their outfits — from Long Cane performed a dynamic dance routine.

Students Mijosley Buckner, Tania Williams, De’Asia McLeadon and Alia Williams started their own rap session, with each striking up a rap verse that talked about the significance of Black History Month.

“It was very important for us to give the students freedom for the program because the students are the ones sitting there and listening to the program,” said Floyd. “There the ones that have to go back and grab the history of the past so they can know how to proceed in the future. When I was an educator, I was a firm believer that students can teach better than we can. They teach each other better than we can. They listen to each other better than they listen to adults. We wanted to hit closer to home and just wanted to give them a voice.”

In a riveting solo performance, Troup County High School student Jalene Lovelace performed two R&B classics in “Greatest Love of All” and a rendition of Sam Cooke’s “A Change is Gonna Come” that had the audience in full applause when it was over.

The keynote speaker for the program was Kevin Dunn. Dunn focused on three points during his speech: mind control, determination and endurance. Throughout Dunn’s speech, he stressed to students the importance of staying positive, overcoming struggle and making something out of yourself.

“The key for the program is understanding there were a lot of contributions made and that our history doesn’t began with slavery,” said Floyd. “We want them to see themselves as Kings and Queens. We never want them to look down on themselves because if we’ll looking down on ourselves that allows others to look down on us. And also for other races that make up the other demographics in our school, we can make them aware of what’s going on and what we’ve accomplished, so that they too don’t think there not quite as good. Basically let them know that we are equal.”