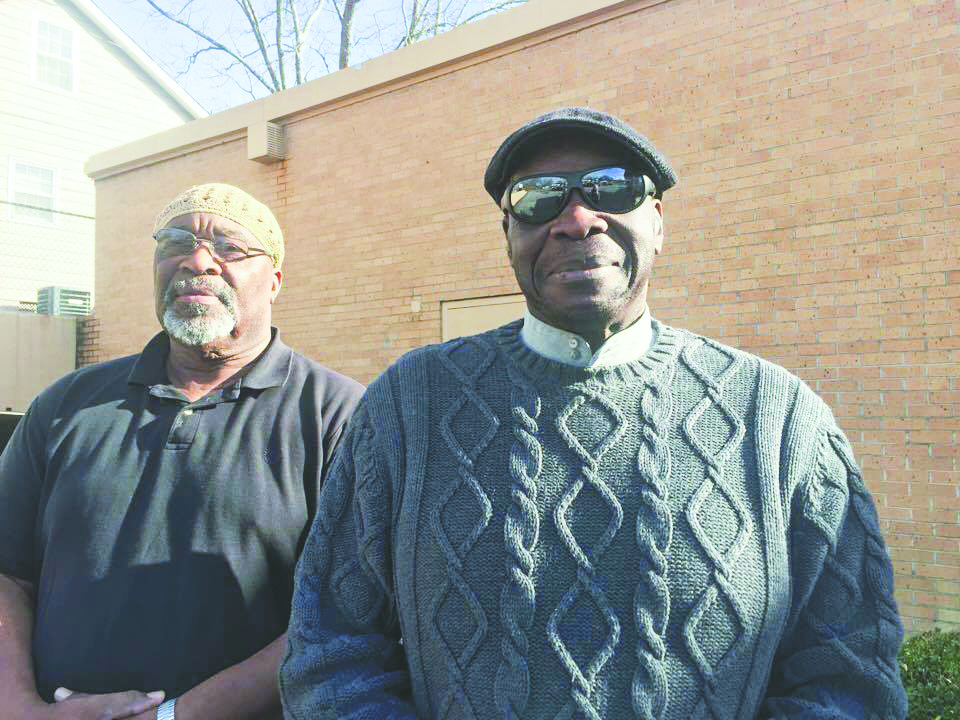 Imam David Hammett, left, and Bilal Muhammad with the LaGrange Islamic Center, say they hope the Muslim ban and other immigration policies of President Donald Trump and the protests that have resulted leads to a better understanding of their faith. Photo by Jennifer Shrader | Daily News

The leader of LaGrange’s Islamic Center and another member say President Donald Trump’s Muslim travel ban – now on hold and tied up in the court system – hasn’t affected them or bothered them personally.

“We sit back and we laugh about Donald Trump,” said Bilal Muhammad, a Muslim and member of the center on Hamilton Road. Both he and David Hammett, the center’s Imam, or leader, are American citizens.

They also know the truth about their Muslim faith, which is different from what is usually depicted in the media. That truth sustains them. It’s knowing the simplest things: that jihad, a word that has inspired fear, is a term for inner struggle, like smoking or drinking. Taliban is a name for student. Even the word “American” has its roots in the Muslim faith: the word “Amer” means “to lead.” The term Islam means peace.

“We see better days ahead,” said David Hammett, the center’s Imam. He and Muhammad have particular praise for the judges who put a stop to the travel ban and people like Sen. John McCain, R-Arizona, who recently spoke out against the new president.

“When people stop fearing their job and start doing their job, they will stand up to him,” Hammett said.

“We have faith in the judicial system. The Constitution was extracted straight from scripture. The judges made their decision and stood by it,” Hammett said.

Trump should also look to the Constitution, they say.

The two say it’s wrong for any one religion to be blamed for any one bad act. Hammett and Muhammad are both black Muslims, which originated from Africa. The first Muslims came to America on slave ships.

“I would be a fool to blame Christianity for making my ancestors slaves,” said Muhammad.

“We will keep our heads up and hope for better days,” said Hammett. “The almighty God is always in charge.”

Muhammad, who is blind, says he looks at people exactly like Jesus did in the Bible.

“I’m not looking at color, I’m looking at your heart. Nowhere in the Bible does it say ‘God created the black man and the white man.’ God created human beings.”