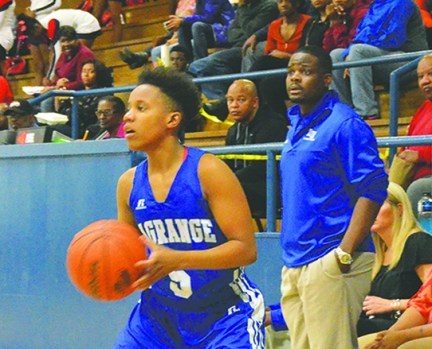 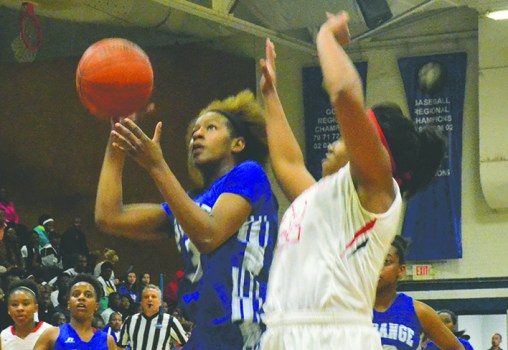 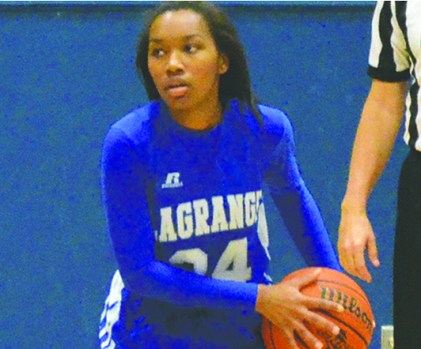 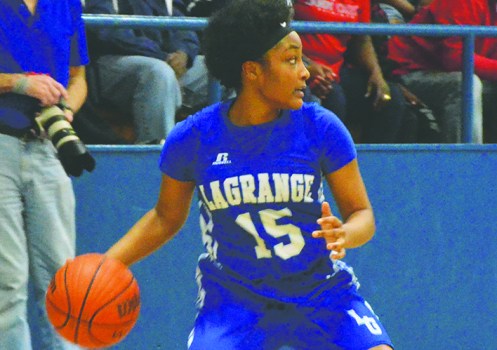 The LaGrange Lady Grangers have had a special season, and they were looking to keep it going with a victory over Sandy Creek in the Region 5-AAAA championship game on Saturday.

It was close through three periods, with LaGrange trailing by four points, but Sandy Creek dominated the fourth quarter to take the region title with a 62-45 win.

LaGrange will be the region’s number two seed, and it will host a first-round game in the state tournament.

LaGrange has won nine of its past 11 games, and both of the losses came to Sandy Creek.

In Saturday’s game, senior post player Shania Woodard had a big game for LaGrange and scored 19 points, and Aryan Dozier had 15 points and was 5-of-5 from the free-throw line.

The Lady Grangers were sharp in the early going.

When Dozier completed a three-point play, the Lady Grangers had a six-point lead, and they were ahead 17-12 after the first period.

Dozier helped the Lady Grangers get off to a quick start with 13 points in the first period, and she made two 3-pointers.

Blair Herrod hit a jump shot early in the second period to give LaGrange a seven-point lead, but Sandy Creek found its footing and cut its deficit to 26-24 at the half.

It remained tight in the third period

After falling behind by as many as four points, LaGrange got as close as one on a pair of Madison Coverson free throws with 1:07 left in the third quarter.

Kasey Toles, who had a productive game with 18 points, made one of her four 3-pointers late in the third period to give Sandy Creek a 37-33 lead heading to the fourth quarter.

Sandy Creek took over in the fourth period.

The Lady Patriots scored the first seven points of the fourth period to build an 11-point lead, and they continued to pull away.