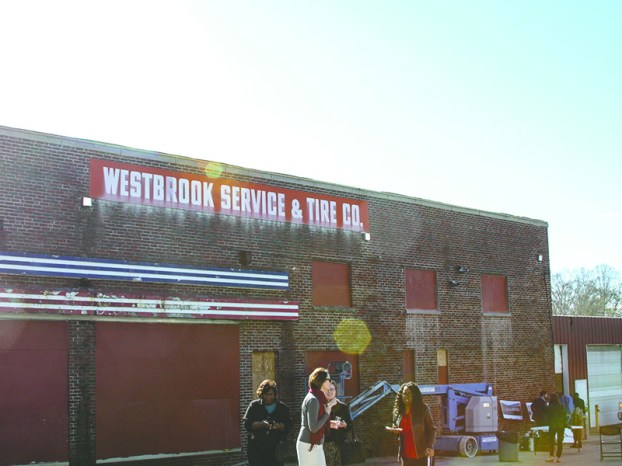 Wild Leap Brewing Co. plans to unveil two of their craft beers on Feb. 24 at an event at five restaurants in downtown LaGrange. The brewery - located at the former location of Westbrook Service & Tire Co. - is set to open this summer. (File Photo | LaGrange Daily News)

LaGRANGE – Wild Leap Brew Co. plans to host a launch party on Main Street on Feb. 24 to announce the release of its first two craft beers to the local market.

Wild Leap plans to unveil their blonde ale named Local Gold at the event which Head Brewer Chris Elliott has described as a “dry, crisp, light and refreshing” hybrid style beer that is enjoyable anytime. The team also plans to unveil Chance IPA, their India Pale Ale that “features a tropical citrusy aroma and flavor with a hop blend of grapefruit, melon and passionfruit,” according to a press release from the company.

The event is set to take place at five local restaurants who will feature the new Wild Leap craft beers on tap along with a special pint glass to commemorate the launch. The Wild Leap team expects to stop by each of the restaurants to say thank you to the community for their support, starting with Venucci at 6 p.m.

From there they plan to go to Mighty Joe’s Pizza then Mare Sol, followed by Main Street Pub then Brickhouse Grille, staying at each location for about an hour. The founders plan to “lift a pint” with local patrons and give away items like beer koozies and stickers promoting LaGrange’s first major craft brewery.

The team has also announced that starting on the week of Feb. 20, both craft beers are should be available in restaurants in Troup, Harris, Heard, Meriwether, Fayette and Coweta counties.

Wild Leap Brewing Company’s physical location is scheduled to open this summer in the building that formerly housed Westbrook Service & Tire. For more information on the brewery visit their website at www.wildleap.com

Blues in the round Saturday

LaGRANGE – Downtown won’t be the only place with a Louisiana vibe this weekend, thanks to the blues artists whose... read more