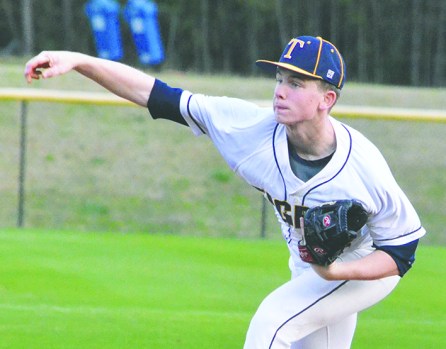 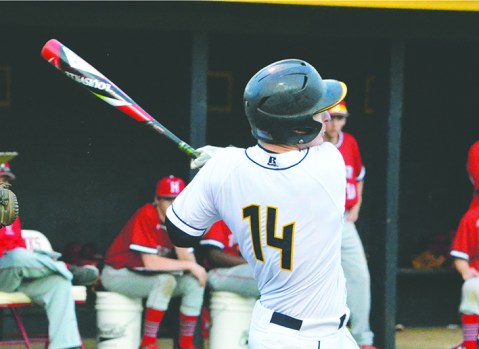 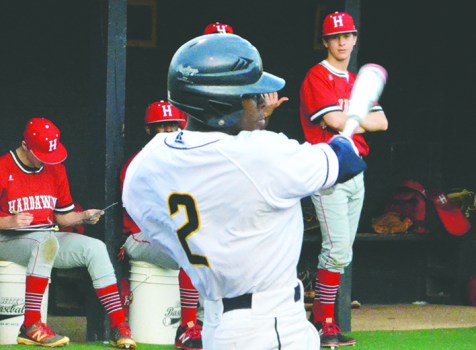 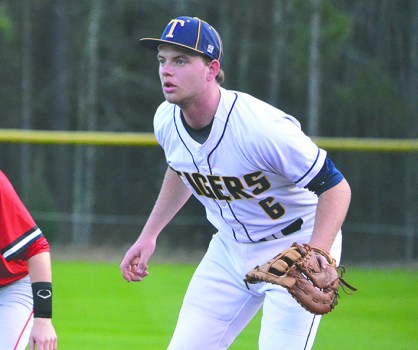 LAGRANGE – The new-look Troup Tigers took the field for their season opener on Tuesday afternoon, and with sophomore Colby Williams delivering a brilliant performance on the mound, they walked away with a 2-1 victory over the visiting Hardaway Hawks.

A year ago, the Tigers won their first region championship in two decades, but many of the players responsible for that success have graduated.

One of the players who has returned is Williams, who was a key contributor as an infielder and pitcher last season.

Troup head coach Craig Garner gave Williams the ball for the season opener, and the sophomore delivered in fine fashion.

Williams pitched six shutout innings and gave up just one hit and struck out 11, and he also drove in the game-winning run in the bottom of the seventh after Hardaway tied it with an unearned run in the top of the inning.

Junior Ryan Bliss, Troup’s outstanding shortstop, threw the top of the seventh in relief of Williams and was the winning pitcher.

It was a winning start for a team with a whole bunch of new faces on the field.

“I’m very pleased,” Garner said. “We definitely saw holes in our game that we’ve got to work on, but to come out and take this one with the amount of talent that we lost, I’m pretty pleased.”

On a veteran team a year ago, Williams stepped in as a freshman and was the starting third baseman, and he also played a key role coming out of the bullpen.

Garner will be counting on Williams to anchor the staff, and he certainly looked like an ace against an over-matched Hardaway lineup.

“We’ve got to hit the ball, but we played decent defense, had good pitching,” Williams said. “We got guys on base, and we got them in.”

The Tigers scored the game’s first run in the bottom of the fourth.

Bliss, who will head to Auburn to play baseball when his time at Troup ends, had a triple, and he scored on Cooper Doughman’s sacrifice fly.

It remained a 1-0 game until the top of the seventh when Hardaway tied it on an unearned run.

Bliss didn’t pitch last season, but he’ll be called upon when needed this year, and he had two strikeouts in Tuesday’s game.

In the bottom of the seventh, another one of the team’s veterans, Jarred Helton, got the game-winning rally started with a double.

Joseph Calhoun came in to pinch-run for Helton, and he went to third on a wild pitch before scoring on a groundball by Williams.

Troup will look to improve to 2-0  on Thursady when it hosts Heard County, which is expected to be one of the state’s top Class AA teams.