All you need is love and tea 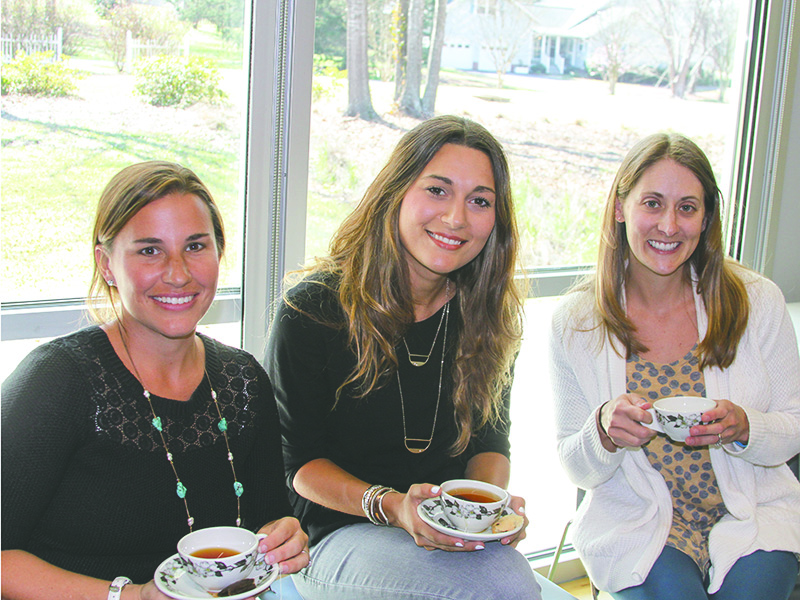 Callie Karvelas, Maria Morgan and Katie Morgan enjoy a cup of tea at Valentine’s tea and books at the Hogansville Library. (Photo by Alicia B. Hill | LaGrange Daily News)

HOGANSVILLE – The Downton Abbey soundtrack played softly in the background as women slowly filled the meeting room at the Hogansville Library to enjoy a special Valentine’s Day event.

The Hogansville Public Library hosted a Valentine’s tea complete with scones, tea cups, saucers and plenty of Earl Grey tea during the day on Tuesday. The event aimed to give patrons something special to do at the library for the holiday.

“We have a lot of children’s programs, but not a lot of programs that appeal to older adults – excuse me, seasoned adults,” said Branch Manager Ralph Dobbins. “We thought a tea party might appeal to them.”

Many of those who showed up for the event were members of the Souper Readers book club that is sponsored by the library, but there were also a good number of attendees who had heard about the event and came just to enjoy the fun.

“We just wanted to host something special for Valentine’s Day,” said Kate Chambers, who works at the library. “We kind of targeted it to the ladies, but we would have welcomed men as well.”

The Souper Readers book club is currently reading Nine Lives by Dan Baum and plans to meet to enjoy a discussion on the book and some jambalaya on Feb. 28 at 12 p.m. The event is open to the public.