‘Everyone lives paycheck to paycheck’ 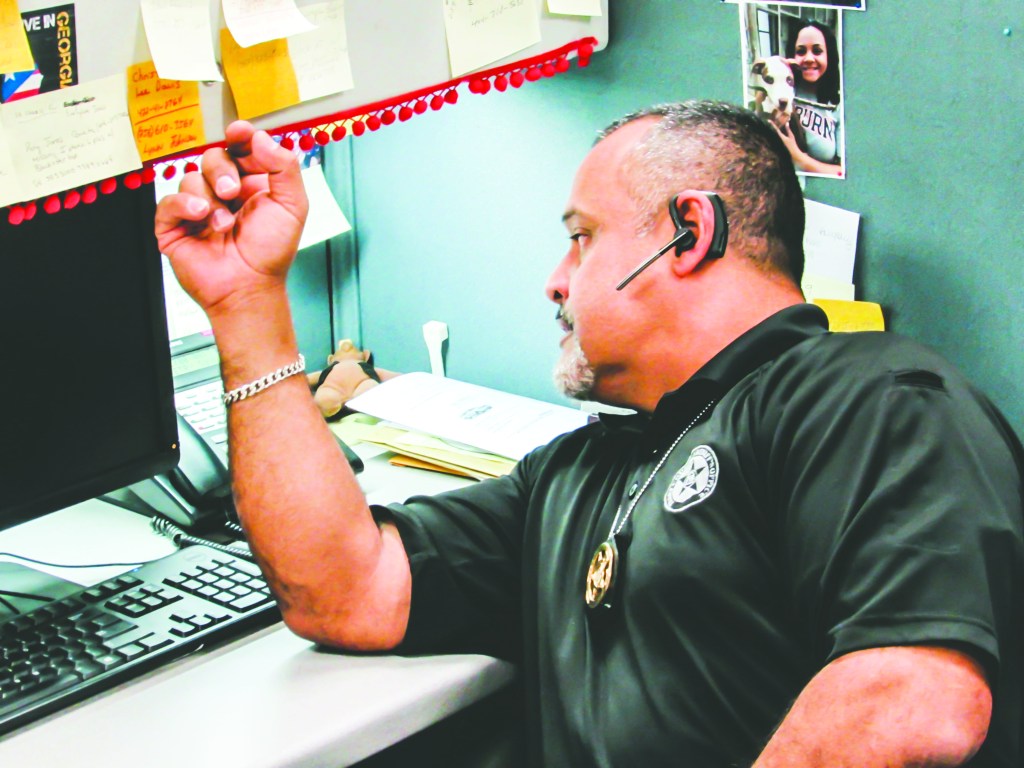 LaGRANGE – There is no doubt Deputy Todd Johnson and Investigator Jorge Olmo-Novoa both love working for the Troup County Sheriff’s Office.

But there is also no doubt both men, along with the rest of the TCSO staff, are now one of the most severely underpaid law enforcement agencies within Troup County – and possibly in the state of Georgia.

Olmo-Novoa is one of the more experienced investigators within TCSO’s Criminal Investigation Division. But as a single parent with two children, he works two, sometimes three, part-time jobs just to make ends meet.

“If I were to work just a 40-hour work week here (TCSO), my salary would be between $900 – $1,000 every two weeks,” Olmo-Novoa explained. “My rent alone is $875, plus you add electricity and other utilities bills on top of it … it’s just not enough. Almost everyone here works paycheck to paycheck.”

Typically, the investigator will work a full day at the Sheriff’s Office, then move onto his second part-time job either providing security for a local grocery store or conducting home checks on participants of the Troup County Drug Court.

On the weekends, Olmo-Novoa will assist with home repairs and work part-time as a patrol officer with the Grantville Police Department.

“You eventually get accustomed to working odd hours or only sleeping four or five hours a night,” the investigator said. “… but sometimes the mental and physical fatigue start to set in at the end of the week. We recharge our batteries not to relax, but to get to our next job. It takes a toll on your family and on your job performance.”

“When Deputy Hockett was shot, the deputies worked 10-to-12 hours that day,” Woodruff explained. “Then they go from that scene on to their next job – just to make ends meet. I worry sometimes when they (investigators, deputies) have second jobs if they’re as fresh as they should be. We (TCSO) do require those folks have at least eight hours of rest between jobs.”

Currently, the starting salary for a TCSO deputy is $28,246, said Woodruff.

Sheriff Woodruff has petitioned Troup County Commissioners for more money to increase staff salaries. The department (not including Woodruff) received a 2 percent raise.

Unfortunately, the cost of health insurance for all county employees, including the TCSO staff, also went up that year. For some deputies, such as Johnson, the insurance increase made his raise almost null and void, he said.

“They (County Commissioners) are trying to think of ways to raise revenues. But right now the only way to do that is to raise the property tax – and no one wants to do that,” he explained.

Now Woodruff, along with the Georgia Sheriffs’ Association, are taking matters into their own hands.

The group is lobbying state legislators to either raise the compensation of deputies across Georgia – or pass the Other Local Option State Tax, or OLOST.

The amendment would include a 1-cent tax increase for citizens. The money collected would be allocated to public safety organizations as an annual monetary supplement – meaning it could be used to increase the salaries of deputies and other first responders.

The statute is similar to the Special Purpose Local Option Sales Tax, or SPLOST, which is a financing method to fund capital outlay projects in Georgia such as building parks, schools, roads and public facilities.

SPLOST money cannot be used for raises or as a supplemental income for public officials or first responders.

But voting ‘yes’ for the OLOST amendment is not as simple as it sounds – and may be too little, too late for some deputies with the Troup County Sheriff’s Office.

Deputy Johnson was forced to take more drastic measures for the sake of his family.

“This was one of the hardest employment decisions I’ve ever had to make,” he said.

We’ll have more on Deputy Johnson’s story and explain how the lack of funding will hurt recruiting efforts by the Troup County Sheriff’s Office in part two of this story. You can read that article in the Thursday edition of the LaGrange Daily News and online at www.lagrangenews.com.