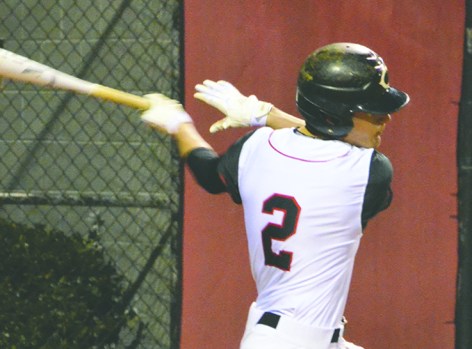 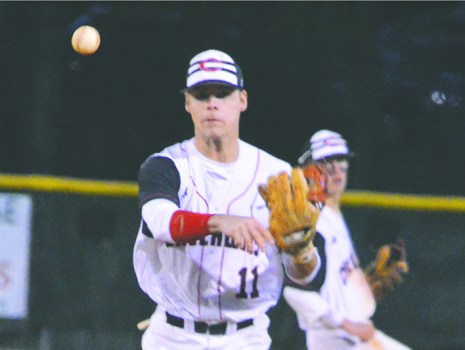 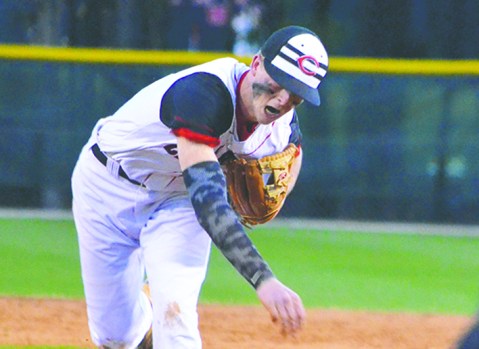 HOGANSVILLE –  They made it interesting.

Trailing by six runs heading into their final at-bat, the Callaway Cavaliers pushed three runs across in the bottom of the seventh inning, and they had the tying run on base with two outs.

Kyle Campbell, who represented the winning run, hit the ball hard to left field, but it was caught for the final out, allowing Pike County to escape with a 9-6 victory.

Callaway, which lost to Coosa in extra innings in its first game, fell to 0-2.

In both games, Callaway fell victim to the big inning, and head coach Dusty Hubbard said that’s hard to overcome.

“It was kind of the same deal,” said Hubbard, whose team gave up seven runs in the eighth inning of the 9-2 loss to Coosa. “We let the big inning get us. You’re not going to win many games when you give up a big inning.”

Most of the players on the field for the Cavaliers are getting their first taste of significant playing time on the varsity level, and Hubbard figures there will be some bumps in the road.

“We’ve just got to get better,” Hubbard said. “It’s a long process. And we did some things better tonight than we did last week. But it’s a process, and that’s what I told the kids, and I want them to stay positive.”

The Cavaliers got off to a nice start.

Starting pitcher Chandler Lott threw three shutout innings to begin the game, and the Cavaliers scored three runs in the bottom of the second to build a 3-0 lead.

Mitchell and Josh Hanson both had singles in the third inning, and Drake Wade had a RBI double.

The Pirates pushed a pair of runs across in the top of the fourth to get within a run, and they added two more runs in the fifth inning to take the lead.

Dylan Johnson, who entered the game in relief in the fourth, got an inning-ending strikeout with the bases loaded to limit the damage.

Kyle Campbell took the mound for the sixth inning, and he went the rest of the way.

Pike County scored four runs in the top of the sixth, although it only had one hit in the inning, and it added a single run in the seventh inning.

The Cavaliers went down swinging.

Braelin Mitchell got things started in the bottom of the seventh with a walk, and with two outs, Jabari Smith came through with an RBI single to make it 9-4.

After Wade was hit by a pitch, Lott walked to load the bases, bringing Johnson to the plate.

Johnson lined the ball into left field for a two-run single, and the Cavaliers were within three, and the tying run was at the plate.

Slone Raper then delivered a terrific at-bat, as he fouled off a handful of two-strike pitches before walking, and the Cavaliers had the tying run on base.

With the bases loaded, Campbell drove the ball hard to left field, but it went right to a Pike County player for the third out.