LHS prepares to get ‘Footloose’ 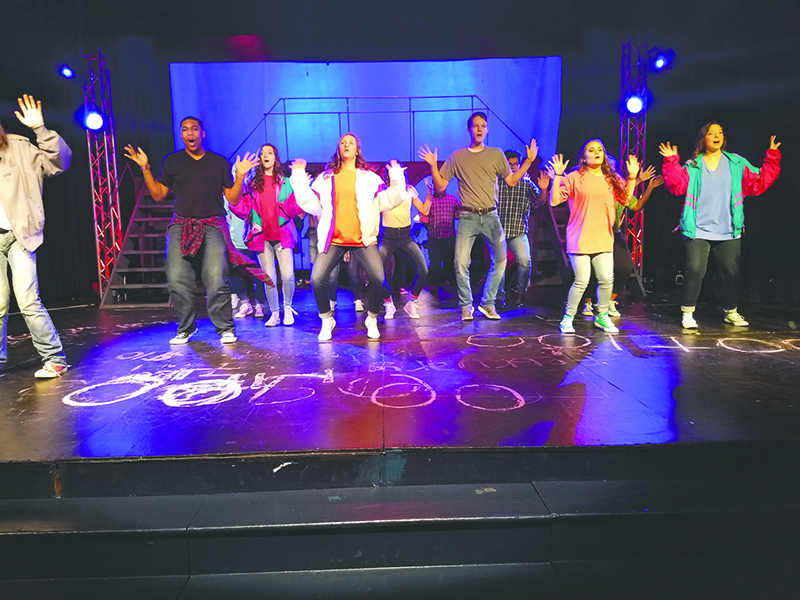 LaGRANGE- If you’re a lover of musicals, then stop by LaGrange High School Friday at 7 p.m. and Saturday afternoon at 4:30 p.m. in the auditorium to witness a group of students perform the 1984 pop culture hit musical Footloose.

The musical is put together by the LaGrange Theatre Department and led by second-year theatre teacher Randy Kemper, who is the director of the musical.

“The idea actually came from Katie Trent, the course teacher,” said Kemper. “She’s been a big help. She’s helped the students learn all their songs. She has worked with them after school to help them sound great. On this I’m just kind of like the moderator.”

“I was looking for a musical that would be crowd-pleasing and had lots of fun, with high energy, and she suggested Footloose.”

Last spring, LaGrange High School did the musical Seussical, which is based on books of Dr. Seuss and that turned out to be the first play done at the high school in 15 years.

Involved in the musical are not just students from drama class or course class but a nice blend of students that participate in multiple groups and activities at school.

“This musical is a good representation of LaGrange High School,” said Kemper. “We have cheerleaders, band members, robotics team members, athletes and a little bit of everything. It’s kind of fun in that regard. It should be a really good show. I’m real excited about it and I usually get nervous but I’m really excited about this.”

Auditions started in mid-November and ever since then, Kemper and his group of students have been constantly preparing for the big three-night event. (The first night of the play began on Thursday night). There is a total of 30 cast members, 11 tech crew people, and they have a five-piece band that’s a mix of student and professional musicians from around the LaGrange community.

Kemper says they have had support from different churches, including help with the lighting from SouthCrest Church in Newman. Professional instructors from LaGrange College are leading the orchestra for the musical.

“It’s really been a cross of the community helping out,” said Kemper.

When it comes to wardrobe students will be wearing, Kemper says that they have received volunteer help from one of the parents who has had experience with costumes in theatres. For the show they will mostly be wearing jeans, T-shirts, flannel shirts, cowboy boots and cowboy hats.

Kallyeann Chastain, who will be playing Ariel Moore, the main female character in the musical, says she is very excited for the role and to be a part of the iconic musical.

“I’ve never done a show before,” said Chastain. “This is my first drama production ever and I’m exhausted but I’m definitely excited. It’s been so much fun.”

Asked if she was nervous and how the overall experience has been preparing for the musical, Chastain responded by saying, “It’s been awesome. I’ve actually been going to voice lessons every morning at 7:30 a.m. to prepare me for this. I think were nervous but I think we’ll going to turn those nerves into excitement.”

The musical will be $7 for students and $10 for adults. You could also purchase tickets by sending an email to lagrangehightickets@gmail.com or you can buy tickets at the door.

“I was never like a huge fan of Footloose but I’m always looking for a musical that high school students like and will enjoy and something that has appeal to the whole community,” said Kemper. “Because the goal is to get people from all over Troup County and LaGrange to come and enjoy some high-quality theatre.”’