Troup moves to 2-0 with win over Heard 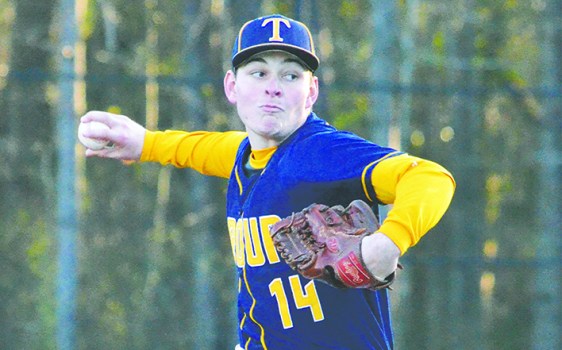 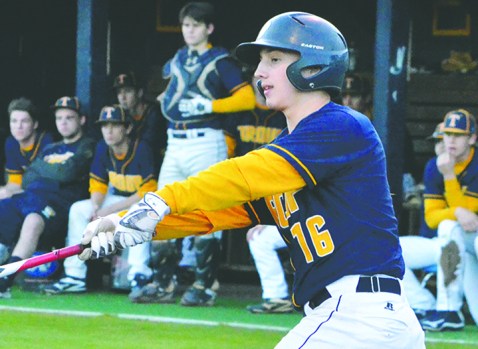 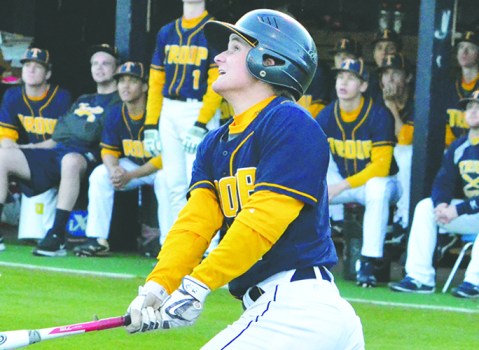 After opening the season with a 2-1 victory over Hardaway with Colby Williams delivering a brilliant pitching performance, Jarred Helton was on the mound for the Troup Tigers for Thursday’s home game against Heard County.

The right-hander pitched six innings, and he gave up five hits and didn’t have any walks to help Troup earn a 3-2 victory over a Heard County team that is ranked in Class AA.

Daniel Swann, making his first varsity appearance on the mound, threw a scoreless seventh inning to finish things off.

The Tigers only had four hits, and two of them were bunt singles, but they managed to scratch three runs across, and that was enough.

The game was tied 2-2 when Troup found an unconventional way to push a run across in the bottom of the sixth inning.

The inning began with Camren Russell reaching on an error, and Ryan Bliss and Luke Swanson followed with bunt singles to load the bases.

That brought Cooper Doughman to the plate, and he popped the ball up to the second baseman, who made the catch.

The second baseman whipped the ball to second base in an effort to get the double play with Bliss off the bag, and he was successful, but Russell tagged up and raced home and beat the tag, giving Troup the go-ahead run.

Troup broke through for its first run in the bottom of the second inning.

Williams led off with a single, Kinley Bridwell followed with a sacrifice bunt, and Trent Bailey was hit by a pitch.

That brought freshman Caleb McCurry to the plate, and he lined the ball into centerfield for an RBI single, and Troup had the lead.

Heard County then went ahead with a pair of runs in the top of the third inning, but Troup answered with a run in the bottom of the inning to pull even.

Bliss got the inning started with a walk, and he stole second and third before scoring on a Doughman groundout.

It remained a 2-2 game until Troup broke through in the bottom of the sixth.

After Helton’s six successful innings, Troup head coach Craig Garner turned to Swann in the seventh inning, and he worked around a walk to retire Heard County and get the save.