Lady Grangers advance to second round 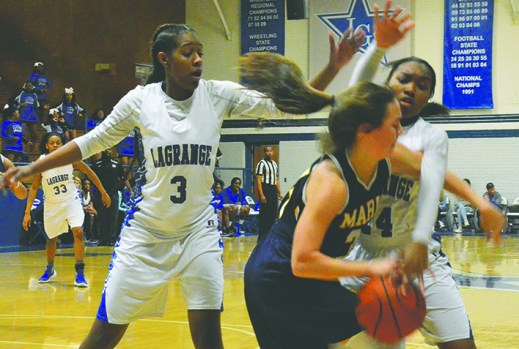 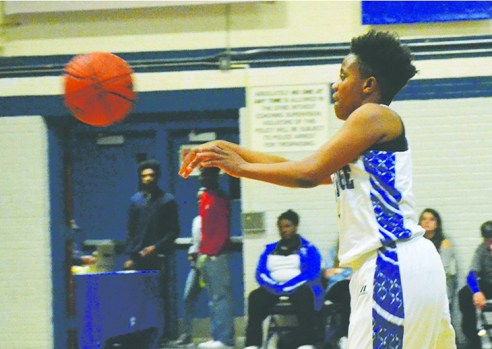 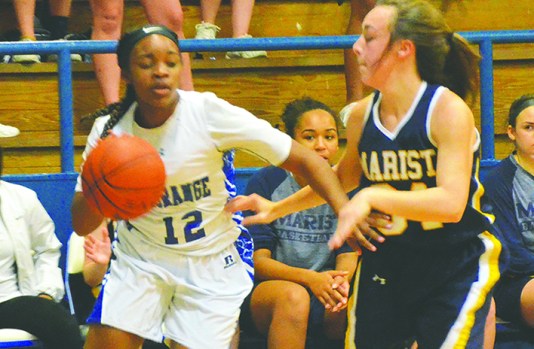 LAGRANGE – The LaGrange Lady Grangers got their state-tournament stay started in riveting fashion with a 46-43 win over Marist on Friday night.

LaGrange trailed for a large portion of the game until finishing strong to advance to the second round of the Class AAAA state tournament.

Zaria Russell hit the go-ahead 3-pointer late, and LaGrange held on for the win.

“We told them that sometimes when you’re in that situation, you want to keep it close and at the end you just want a chance to win it,” LaGrange coach Coach Stephen Tuck said.  “I think that’s what we did. We gave ourselves a chance to win it.”

It was a balanced scoring effort for LaGrange.

“We fought through some things tonight,” Tuck said. “They ran a jump defense at us to try and take away two of our best scorers. We had a lot of girls step up today. We hit some big shots in different scenarios.”

The Lady Grangers went into a half-court press during the second quarter that forced a few turnovers and helped them get back into the contest, and they were down 23-20 at the half.

Marist kept the lead for the entire third quarter, although it remained close, and LaGrange trailed 36-33 heading to the fourth period.

LaGrange hung around and grabbed its first lead of the game at 39-38 in the fourth quarter with five minutes left.

The teams exchanged the lead for a three-minute stretch, and with the game tied at 41, Reese Damm hit a jumper to put the War Eagles up 43-41.

On the next possession, Russell nailed a three-pointer on the wing to put LaGrange back in the lead 44-43.

After a late miss by Marist, LaGrange secured the rebound and Shaq Sutton made two free throws to cap the scoring.

Marist was unable to get a final shot away, and LaGrange had the win.