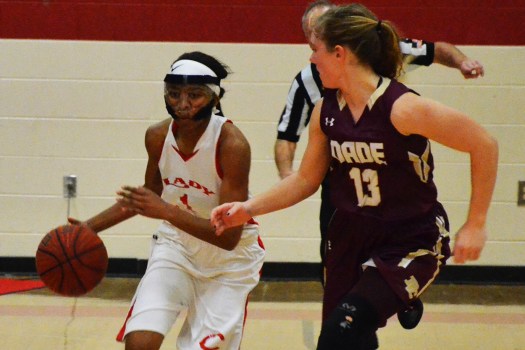 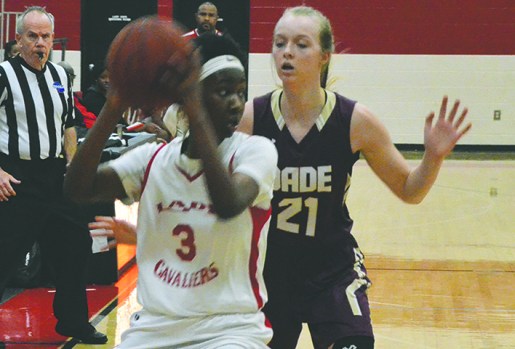 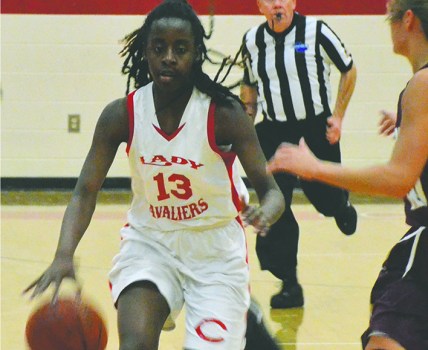 HOGANSVILLE – All they could do was keep fighting.

The first half of Friday’s state-tournament game was a difficult one for the Callaway Lady Cavaliers, who found themselves trailing 46-9 at the half.

Playing for pride in the second half, the Lady Cavaliers came out and delivered a strong effort, but the outcome had already been decided.

Dade County advanced to the second round of the Class AA state tournament, while Callaway’s season came to a close.

Callaway head coach Deyano Martin said the goal will be to make sure the returning players are in a better position to succeed if they return to the state tournament next season.

KiKi Owens, in her final high-school game, led Callaway with 17 points, and she led the second-half charge with 15 points.

Dade County was on fire early.

Raven Stone, who led her team with 18 points, made a pair of 3-pointers and scored 12 points in the first quarter as Dade County surged to a 28-4 lead.

Dade County kept pouring it on in the second quarter, and it led by 37 points at the half.

Callaway outscored Dade County 21-12 in the second half, but the damage had been done.

“I told them, we’ve got to play the first half like we played the second half,” Martin said.