A Little ‘Brit’ of Broadway 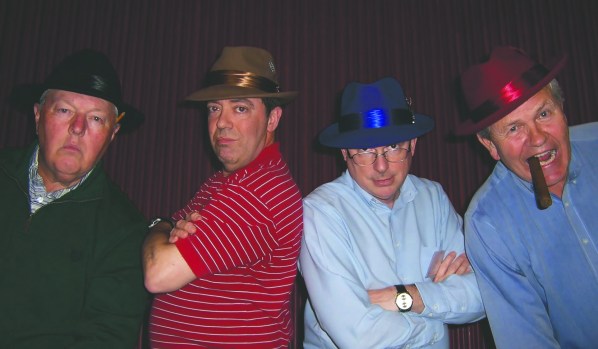 (l-r) Ed Biggs, Don McWhorter, Ken Bailey and Sam Crisler get into character to practice their lines for the song, ‘Brush Up Your Shakespeare’ from the Broadway musical Kiss Me Kate. (Photo: Submitted) 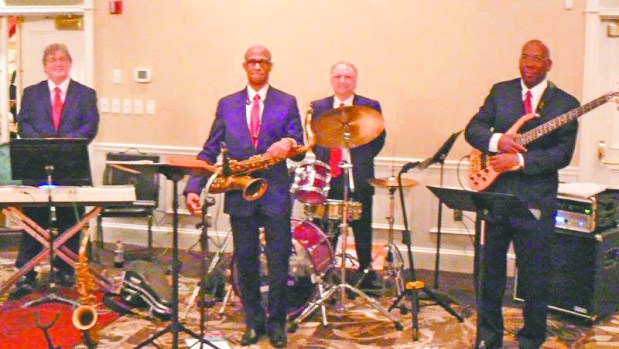 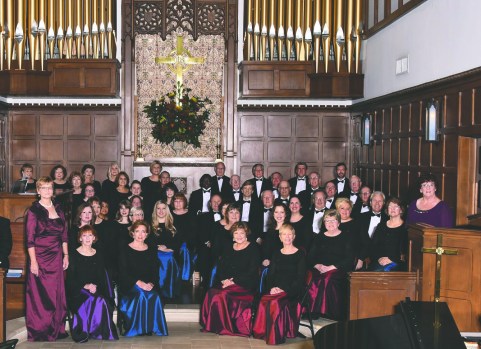 LaGRANGE –  The melodic tunes and moves of some of Broadway’s biggest musicals will be showcased during a dazzling performance this weekend.

The Choral Society of West Georgia will host “A Little ‘Brit’ of Broadway” at the Highland Country Club Saturday evening. The dinner and dance concert will include the musical stylings of the Fidelity Jazz Quartet and the fancy footwork of choreographers Beau and Kristin Foister from Dance Tech & Talent of Atlanta.

“We’ve take a different approach from our normal concerts,” explained Bettie Biggs, artistic director of the Choral Society of West Georgia. “The audience has dinner, enjoys music from a great jazz ensemble and a great choral concert with some of the greatest Broadway music ever written. Plus, they’ll get to watch professional dancers perform too.”

The audience will also get to take a swing around the dance floor in between sets, Biggs said.

The show will feature songs from some of the more popular British musicals to hit Broadway. The Choral Society will perform excerpts from Kiss Me Kate, My Fair Lady, The Pirates of Penzance, Spamalot, Sweeney Todd, Jekyll and Hyde plus two pieces from English composer Andrew Lloyd Webber.

“There’s comedy, love, drama, heartache and joy – just like there is on Broadway,” Biggs explained. “There’s nothing like a Broadway show.”

Some of the singers will also perform in costume, she added.

“This concert is a nice change for us,” Biggs stated. “The singers love our fall Thanksgiving concert, but it has a lot of serious music. This show is ‘lighter’ for them. They’ve enjoyed singing the music and laughing with it … it’s also exciting to be performing with the (Fidelity Jazz Quartet) band. They bring an enormous energy to our concerts. It’s a joy to watch the musicians perform. The talent and energy level they bring to a performance is profound.”

This is the first time the Choral Society of West Georgia has performed Broadway melodies.

The “A Little ‘Brit’ of Broadway” dinner and dance concert will take place at the Highland Country Club on Saturday beginning at 6 p.m.

Folks wishing to attend the performance must reserve their tickets in advance. You can do so by contacting Lisa Julien at 706-884-1727 or through email at lisaj@highlandcountryclub.net.