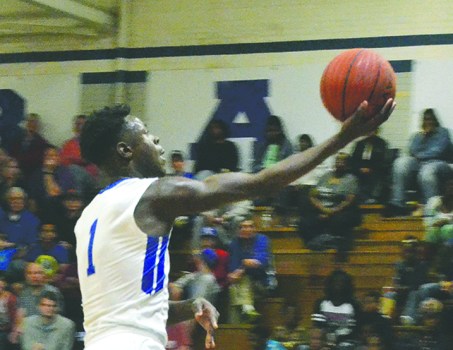 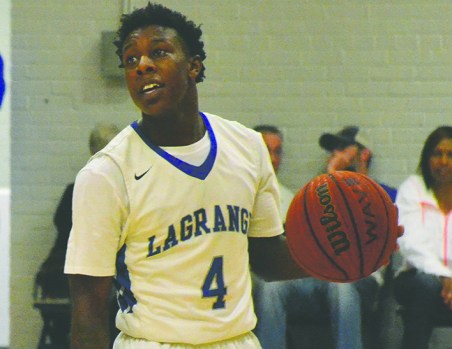 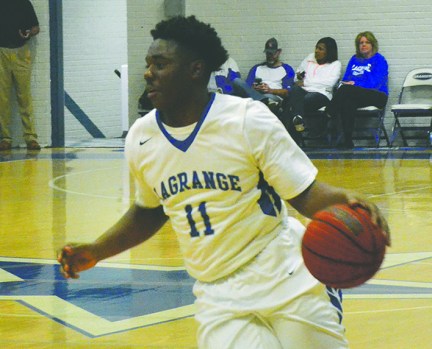 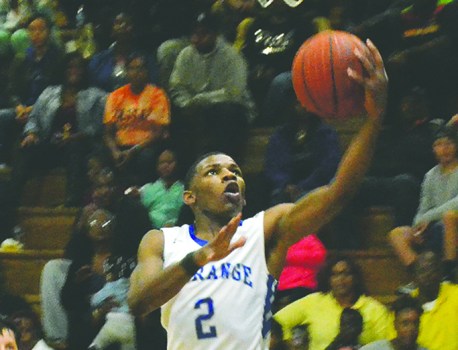 Facing West Hall in their state-tournament opener Saturday night, the LaGrange Grangers exploded for 46 first-half points, and they eased to an 80-62 victory on their home floor.

LaGrange will be back home on Thursday against Richmond Academy in the second round of the Class AAAA state tournament.

It has been a special season for the Grangers (25-3), who have won a region championship and are now one of the last 16 teams standing in Class AAAA.

“It’s special,” LaGrange senior Gabe Duckett said. “You cherish each moment, each game. You want to go out not regretting, and go out giving 100 percent.”

There was no suspense in Saturday’s game.

The outcome was all but determined in the first half, with the Grangers taking a 20-10 lead after the first period, and they were ahead 46-24 at the half.

“We had some guys step up,” LaGrange head coach Mark Veal said. “Gabe (Duckett) hit some shots. Bo was shooting the ball, and Daz (Williams) was scoring some. I think tonight we had some other guys offensively that got going. And that was good. That will help us moving forward.

“We can’t rely on a few people every night. If we can get guys scoring collectively, that’ll be big for us.”

Against West Hall, Russell said the idea was “to take control of the game quickly.”

The Grangers did that.

With Perry and Fanning combining for 15 points in the first quarter, the Grangers surged to a 10-point lead.

There was no let-up in the second period.

Russell, showing off his explosiveness, had 11 of his 16 points in the second quarter, and LaGrange went to the locker room with a 22-point lead.

In the third quarter, Gabe Duckett made a pair of 3-pointers to help LaGrange take a 66-41 lead.

“I thought tonight was collectively a team effort,” Veal said. “I thought we played really well, and we came out and took care of business.”

It had been a week since the Grangers had played, but they were no rust.

“We haven’t played since last Saturday,” Veal said. “We had a week off, and we’ve been working hard. We’ve really had good practices.”

Now, the Grangers are one of 16 teams remaining in Class AAAA, and they’re one step closer to a state championship.

“There’s five games in the state tournament at the max, and right now we’re 1-0,” Veal said.