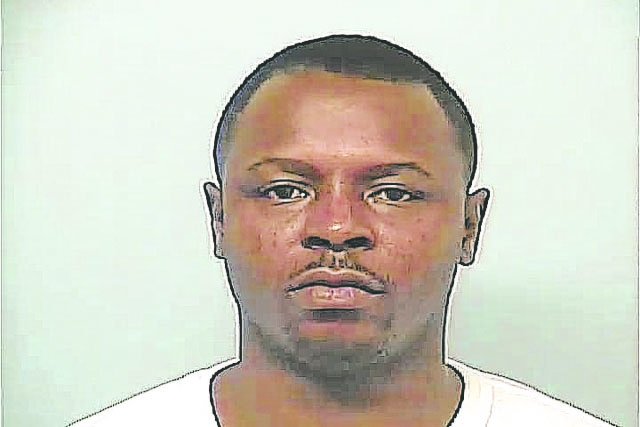 LaGRANGE –  A man accused of abusing and killing the infant of his then-girlfriend pleaded guilty in a Troup County Superior Court last week.

Brandon Lamonte Heard, 31, was charged with murder, aggravated assault and cruelty to children in the first degree for the death of Skylar King in August 2015.

Heard pleaded guilty to a lesser charge of voluntary manslaughter in order to avoid a potential life sentence without the possibility of parole should he have gone to trial, stated the Troup County District Attorney’s Office.

A Troup County Superior Court Judge sentenced Heard to 30 years to serve 25 years behind bars in accordance with the state’s recommendation.

Heard was watching Skylar on Aug. 25, 2015 inside an apartment in the Whispering Pines complex at 1515 Hogansville Road while the infant’s mother was at work, said LaGrange police investigators.

The baby’s mother left for her job around 2 p.m. that day, stated Troup County Chief Assistant District Attorney Monique Kirby. According to the Georgia Bureau of Investigation Chief Medical Examiner, Skylar was deceased an hour later.

Heard told investigators he was on the porch of the apartment when he heard the baby fall off of the bed in the back bedroom, Kirby said.

LPD Det. Andrea Scott testified during Heard’s Magistrate Court hearing in Oct. 2015, the man allegedly picked the baby up and walked around the apartment for six or seven minutes even though there was “white froth” coming from the infant’s mouth and nose.

Heard allegedly said he screamed at the baby, “Don’t die on me! Not while I’m watching you.”

Scott said Heard told her he saw swelling on the side of the Skylar’s head, but instead of calling 911, he placed a cold cloth on the bump. The man waited 30 minutes before seeking help from a neighbor, Scott testified.

Skylar’s body was sent to the GBI crime lab for an autopsy. The chief medical examiner told LPD investigators and Senior ADA Kirby the baby’s skull was fractured from the front to the back, where a portion of it had completely burst open.

The medical examiner discovered the infant also had a large bruise on his lower back and another on his left thigh, Kirby stated.

The GBI’s findings showed Skylar’s injuries were inconsistent with a fall, but the medical examiner could not find an exact cause for the skull fracture, according to the Troup County District Attorney’s office.

The medical examiner’s report did state the three-month-old baby boy’s head injury was consistent with blunt force trauma and compression, Kirby told the court. It also said the bruises happened within 24 hours of the infant’s death.

“While we had strong evidence (against Heard) we still had to deal with the “window” of when this injury could have occurred which would have allowed Heard to claim he wasn’t the one who caused the injury,” explained Coweta Judicial Circuit District Attorney Pete Skandalakis. “Monique (Kirby), ADA Jim (Powers) and (D.A. Investigator) Larry (Hicks) put in hours of work over the past few months shoring up this case and putting it in a posture for this plea …

“I wish to thank the LaGrange Police Department and Detectives (Andrea) Scott and (Jason) Duncan for the manner in which they investigated and prepared this case, as well as the Georgia Bureau of Investigation and Chief Medical Examiner Dr. Jonathan Eisenstat,” Skandalakis continued. “They, along with District Attorney Victim Advocate Phyllis Williams and (the D.A.’s office), spent hours on this case interviewing witnesses and preparing exhibits in anticipation of prosecuting this crime.”

Though Heard pleaded guilty, he still maintained his innocence during sentencing and continued to claim Skylar died from injuries he received after falling off the bed.