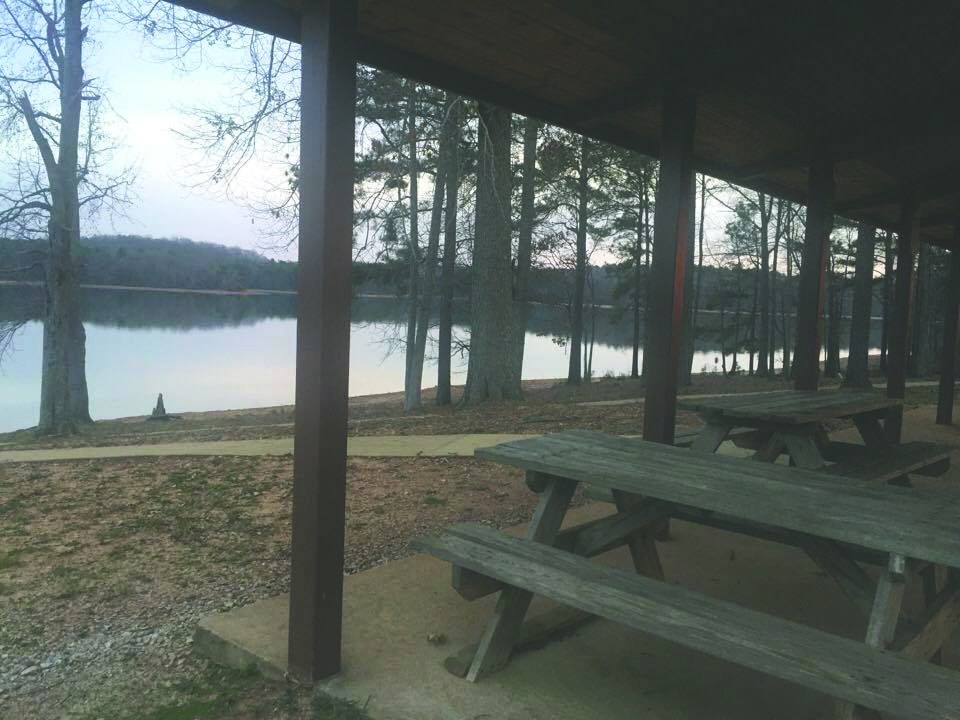 A Celebration Center at Pyne Road Park is one of many new projects proposed in the next SPLOST. Photo by Jennifer Shrader | Daily News

NEWNAN – The special-purpose local-option sales tax will be back on the ballot in November and Troup County, LaGrange, Hogansville and West Point are deciding how the collected money will be spent if the measure passes.

The SPLOST, as it is commonly known, has funded a number of projects over the years from the new, Troup County Health Department, Troup County Government Center, road and bridge projects and even Sweetland Amphitheater.

The county and municipalities prefer the SPLOST because since it’s a sales tax, tourists and those visiting the area contribute much of the money. The tax is renewed via a countywide vote every six years, so every six years, local governments come up with a list of projects to complete with the money. It can only be used for infrastructure and not personnel.

Roads, bridges, parks and recreation and other infrastructure projects are on the lists of the cities and county this year, but some big ticket projects also are included.

Troup County wants $2.8 million to renovate the main fire station headquarters and emergency operations center on Hamilton Road. The new facility will include a meeting room that can be used by multiple agencies in times of emergency and disaster. The current house that’s being used as a main headquarters was built in 1950.

“The four tanker trucks we have will be 48 years old by the time the next SPLOST ends,” said Dennis Knight, county fire chief.

About $3.2 million is earmarked for parks and recreation, including $100,000 for a countywide master plan. Parks and Recreation Director Cajen Rhodes said one of the main goals of his department is to have signs and facilities be comparable around the county and in each of the cities so that people know they’re on a parks and recreation facility.

About $1 million will be spent on a new ag facility that will be managed by the Troup County Extension Office and $3 million will be used for a new public facility at Pyne Road Park. The planned “celebration center” includes a meeting room for 300 people, indoor  bathrooms and other amenities that will make the facility popular for not just family reunions but for use by those coming to the area for fishing tournaments.

“This will enhance the entire park,” Rhodes said.

The county also wants to earmark money to redo the tennis courts at the McCluskey Tennis Center and potentially remodel or replace the pool at Griggs Recreation Center.

The city of Hogansville wants to use $600,000 to move City Hall. City leaders have identified a building available for purchase that will get city offices out of the Royal Theater, a building that is sometimes difficult those with disabilities to access. The money will be used to buy the new building and help with renovations.

The city also plans to use $250,000 to continue improvements to the amphitheater at Hogansville Elementary School, City Manager James Woods said. The money will go to build bathrooms, lighting and other improvements. About $500,000 is earmarked for technology for the city’s utility department to be able to read electric and gas meters on the go.

West Point will use most of its allotted SPLOST to work on road projects. City Manager Ed Moon said the state’s Transportation Enhancement Plan, which the city has used to repave and revitalize roads and sidewalks in the past, has gone away since the passage of the last SPLOST and the city can no longer use that as a revenue source.

“For the last SPLOST we spent 85 percent of the money on recreation and that has made a huge impact,” said City Manager Ed Moon. The city is running out of land to build and expand more recreation facilities and the new SPLOST could go to buying more land, he said.

LaGrange plans to use its funds, about $19 million, for “quality of life,” said City Manager Meg Kelsey. About $5 million will be used to help advance the Thread, a multiuse trail project that will be built around the city.

However, like the county, the city also plans to spend money for public safety improvements.

The city has earmarked $4 million for renovations of the police station on Haralson Street.

Now that the projects have been announced, the “road show” begins, said Troup County Manager Tod Tentler. All three cities and the county will hold public hearings around the area leading up to the SPLOST vote in November.