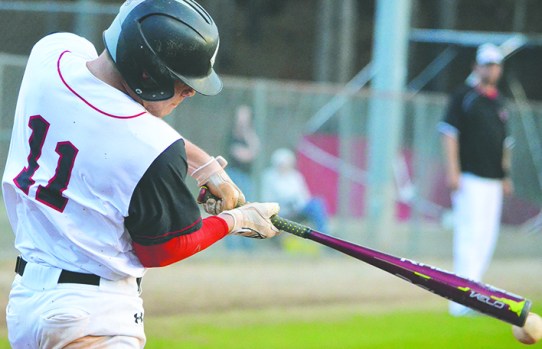 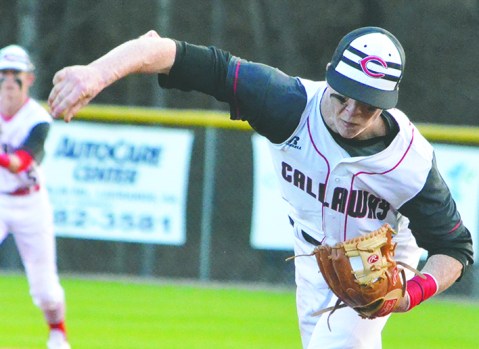 HOGANSVILLE – Callaway got some outstanding pitching from Chandler Lott and Josh Hanson, but it was the Shaw Raiders walking away with a 4-2 victory on Thursday afternoon.

Lott got the start and pitched 4 2/3 innings, and Hanson worked the final 2 1/3 innings.

The two combined to give up just five hits while striking out 11 with no walks,  but Shaw took advantage of a few defensive miscues and got some clutch hits.

It was tied 1-1 when Shaw scored three runs in the top of the fifth inning.

“It was a carbon-copy of the other two (losses),” said Callaway coach Dusty Hubbard, whose team fell to 2-3. “We let them have a big inning on an error.”

A bright spot in the loss was the performance of Lott and Hanson.

“Both guys were really good, and deserved to win,” Hubbard said.

After Shaw scored a single run in the top of the first inning, Callaway answered with a run in the bottom of the inning to pull even.

Drake Wade led off with a walk, Slone Raper singled, and Lott had an RBI double to tie it.

Callaway scored its other run in the bottom of the fifth, with Dylan Johnson’s double bringing in Wade.

After getting within two, Callaway had runners on second and third with one out, but a popout and a groundout to the pitcher ended that threat.

“We had some decent at-bats, but in big situations, we don’t get the big hit, or we hit it right at somebody,” Hubbard said.

Still, Hubbard believes his team is improving as the countdown toward the start of Region 5-AA play grows shorter.

“I feel like we’re starting to play better, and we’re starting to get a feel for who our starting pitchers are, and things of that nature,” Hubbard said. “We just have to keep grinding, and be ready go to (when region play begins).”

Callaway will play two games on Saturday, both at Harris County.