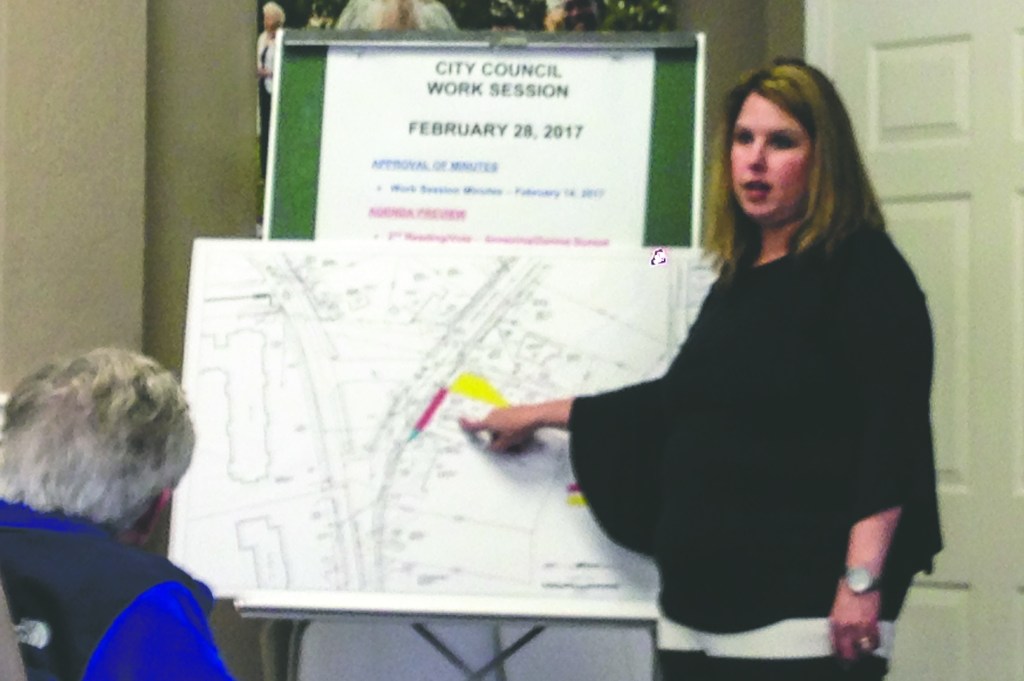 City Manager Meg Kelsey explains how a property owned by the city will be swapped with a land owner on Waverly Way. (Photo by Alicia B. Hill | LaGrange Daily News)

LaGRANGE – The city council approved a “trade” of properties on Tuesday night that will make it possible for the city to build the section of the Thread Trail immediately next to the Broad Street, Country Club roundabout that is currently under construction.

While the city has already acquired all the property that it needs for the road work, officials felt that it would be wise to go ahead and put in the section of the Thread Trail that will pass through the intersection at the same time the landscaping is done around the intersection.

“No money would change hands,” said Kelsey. “We would just give him this (property), and he would get that (property), so that we can fit the Thread through here.”

“We would just have to maintain it if we kept it,” said Councilman Nick Woodson.

The city also approved the annexation of 11 Sunset Drive to the city at the meeting.